A Review of Hannah Holleman’s Dust Bowls of Empire: Imperialism, Environmental Politics, and the Injustice of “Green” Capitalism

The Dust Bowl is not an event; it is a process. Although the Dust Bowl that took place in the 1930s in the United States is famous in history and literature, it is not the only possible one, nor is it likely to be the last. The appropriation of the land, degradation of the soil, overextraction of nutrients, misuse of fertilizers, and drying up of soil and life has an ugly name: dustbowlification.

Hannah Holleman’s Dust Bowls of Empire analyzes the drying up and blowing away of the land as the predictable consequence of settler capitalist economies. Existing histories explain the Dust Bowl as “a regional phenomenon . . . emphasizing the plight of the land in the U.S. southern plains region and of poor whites.” Holleman argues that this analysis has “two critical limitations”—namely, “the narrow regional focus and an inattention to the settler colonial context.”

Hannah Holleman’s Dust Bowls of Empire analyzes the drying up and blowing away of the land as the predictable consequence of settler capitalist economies.

To put the Dust Bowl in its true context, Holleman marshals the resources of critical sociology, a tradition found in the work of W. E. B. Du Bois, Max Weber, and Jane Addams, and continuing with Roxanne Dunbar-Ortiz and Aditya Mukherjee. Holleman blends critical sociology with anticolonial and anti-imperialist analyses—a natural fit. Thus, she sees the Dust Bowl in the United States as only “one spectacular instance of a global problem of soil erosion associated with capitalist colonial expansion.”

Certain forms of social organization are set up to exploit the land rather than support it. Dunbar-Ortiz locates this in “a particular form of colonialism: settler-colonialism.” To understand the Dust Bowl requires perceiving it as but one effect of an ongoing cause. Du Bois, Weber, and Addams were among the first to recognize the “New Imperialism” that surged between 1870 and World War I. Holleman’s analysis attributes the US Dust Bowl of the 1930s to New Imperialism and recognizes ongoing imperialist projects as evidence that dust bowls will proliferate in the future.

At the most basic level of the book’s analysis is what Holleman, drawing on the work of John Bellamy Foster, calls the ecological rift. Karl Marx is often cited as one of the earliest proponents of the ecological rift view. Marx observed that the interactive relationship between human consumption and soil nutrients was no longer defined by equilibrium but rather by an unequal extraction of nutrients from the soil that relocates them to industrial centers, never to return to the farms where they originated. The soil degradation that constitutes the ecological rift pushed restless capitalist economies to perpetually look for new sources of soil nutrients to exploit. This led to the racialized imperialism that can be seen in a multitude of historical examples predating the Dust Bowl, such as the mid- to late-19th-century wars over bat guano. Racialized imperialism was also evidenced by the forced removal and genocide of Indigenous peoples of the Great Plains to make room for the farms that would eventually cause the Dust Bowl.

Holleman argues that notions of white supremacy not only made acts of racialized violence morally permissible in the minds of white settler-colonialists at the time but also contributed to the continued mismanagement of the Great Plains. At the time, it was seen as the “white man’s burden” to bring “progress” and higher productivity to undeveloped lands. However, as Holleman points out, the “white man’s burden,” underwritten by a rapidly growing capitalist economy, prevented policymakers and scientists alike from heeding the widespread scientific evidence that farming practices on the Great Plains were unsustainable. Settlers imposed methods that were developed in other areas but were unsuited to local soils and land, displacing effective Indigenous farming and land care practices developed over thousands of years.

The 1930s Dust Bowl is temporally removed just enough to let us position ourselves as external observers of the catastrophe. Yet the ecological phenomenon it represents is still prevalent in our time, as are the particular social and economic conditions underlying it. Its contemporary relevance can be perceived in the continuing systemic exploitation of the soil and of the environment, as well as in the limitations of current proposals for dealing with the crisis.

Holleman characterizes the most prominent framework for addressing our contemporary ecological crisis as “green capitalism.” This framework rests on an assumption that government regulation of technological innovation driven by private industry and the market will sufficiently reform the capitalist system to the point that further ecological catastrophe and environmental injustice can be averted. Holleman argues that this way of thinking fails to acknowledge that the ecological rift and racial injustice are inherent features of capitalism. She goes further, accusing much of the current environmental movement of falling victim to this historically naïve ideology:

The ahistorical worldview they promote limits the understanding both of past socio-ecological changes and of possibilities for the future. The consequence is a hegemonic environmental politics that reinforces, rather than challenges, the social status quo and contributes to the social organization of irresponsibility and forms of ecological denial.

This is one of Holleman’s most important contributions to the variety of discourses with which she engages. Despite the current aims of many environmentalists to simultaneously avert ecological catastrophe and counteract environmental racism, neither can be truly achieved as long as a capitalist system persists, no matter how “green” capitalism may claim to be.

Holleman’s book is a fierce call to action for scientists but also gives significant attention to the limitations of scientific and technological solutions. As Holleman puts it, “ecological crises are not resolved by increased scientific understanding, commonly held knowledge, sophisticated technological development, advance warnings, or a slew of proconservation elites attempting to tackle the problems.” As Holleman notes, scientists have played a significant part in resistance to the effects of colonial extractivism. Soil scientists sounded the alarm early on about the Dust Bowl. Water management scientists have declared that the stationarity hypothesis—that water resource management can assume an “unchanging envelope of variability”—is dead because of climate change and “human disturbances.”1 For these and other reasons, Holleman notes, “scientists are pleading” with the world to leave carbon in the ground.

Although Holleman acknowledges these contributions from the scientific community, her account emphasizes the limitations of focusing on scientific or technological resolutions alone, in isolation from historical, social, and political analysis. In 2004, four scientists affiliated with NASA published “On the Cause of the 1930s Dust Bowl” in Science. The article, one of the most cited this century, proposes “anomalous tropical sea surface temperatures” and the resulting aberrations of the weather as “the cause” of the Dust Bowl.2 But as Holleman details, the Dust Bowl of the 1930s had roots not only in non-anthropogenic causes like temperature and drought but also in what she dubs “The New Imperialism on the Southern Plains,” including the Dawes Act and the Trail of Tears. This history of dispossession and enslavement is entwined with the practices of cash crop agriculture, which led to “the rapid degradation of the land.” An analysis of the Dust Bowl that skates over these factors to cite physical causes alone may not be wrong within its domain, but is misleading and even dangerous when presented as a complete explanation.

The truth revealed by social and historical analysis is that local ecologies continue to be devastated by capitalist extraction economies. The planned expansion of the Line 3 pipeline from Alberta, in Canada, to Superior, Wisconsin, in the United States, exemplifies how the economics of extractive colonialism continue to devastate Indigenous communities, who have responded with organized resistance to defend the land and water. Holleman criticizes histories that “whiten” the Dust Bowl by focusing on the plight of white settlers. Doing so blocks our ability to construct links between the history of the Dust Bowl and the “necessity of deeper conceptions of environmental history, justice, and solidarity.” The connection between the Dust Bowl and Line 3 is deep, but it has been buried. One of the main aims of Holleman’s book is to show how the Dust Bowl is linked with the global struggle for environmental justice.

Avoiding “green colonialism,” and setting up societies that build the soil and nurture communities, will require recognizing that dustbowlification is a consequence of capitalist land management.

By examining the link between the Dust Bowl and New Imperialism, Holleman is able to demonstrate that an “ethno-racial caste system” binds ecological catastrophe to capitalist economies. Holleman’s book ties in well with recent work on “green colonialism,” emphasizing links between “green capitalist” initiatives and extractivist colonial economies. This is a global problem that is only gathering force: “The old imperialists are still at it in the United States and Europe, and empire builders from the Middle East and Asia have now joined suit. Much of the familiar terminology and scenery associated with the heyday of colonialism are still there.” Avoiding “green colonialism,” and setting up societies that build the soil and nurture communities, will require recognizing that dustbowlification is a consequence of capitalist land management. Holleman’s Dust Bowls of Empire succeeds in setting up a framework for that analysis—and in setting an agenda to resist it in the future. “One centimeter of soil can take hundreds to thousands of years to form.” Building it should start today.

Brandon Burkey recently received an M.A. in philosophy from Virginia Tech. He will be starting law school in Fall 2021 with an emphasis in environmental and international law.

Lydia Patton, PhD, teaches in the Department of Philosophy at Virginia Tech. Their focus is on building communities that support research, action, and mutual aid. 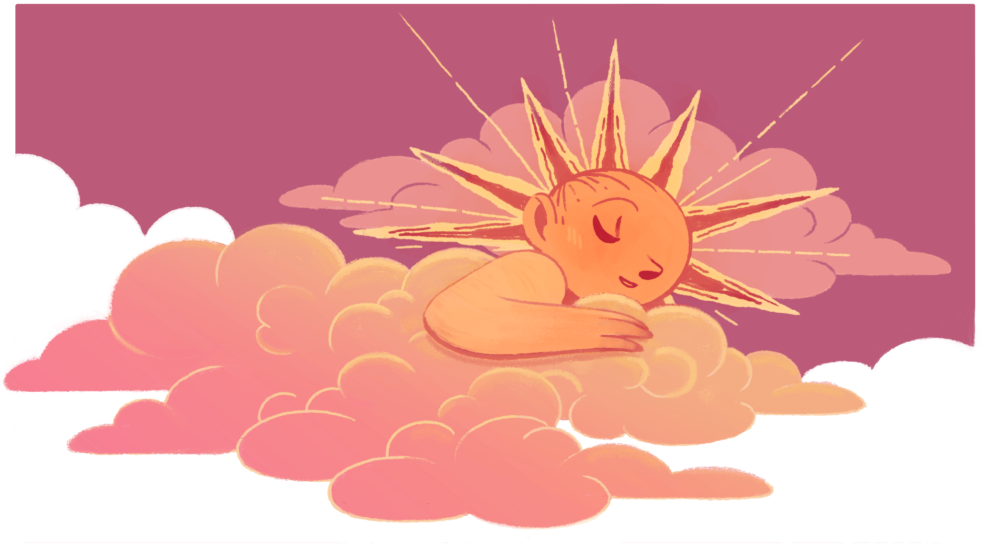 Deanna MacNeil explores the pleasures of self-preservation in her poem, "The Thermodynamics of Comfort," complemented by art from Sam Davies. 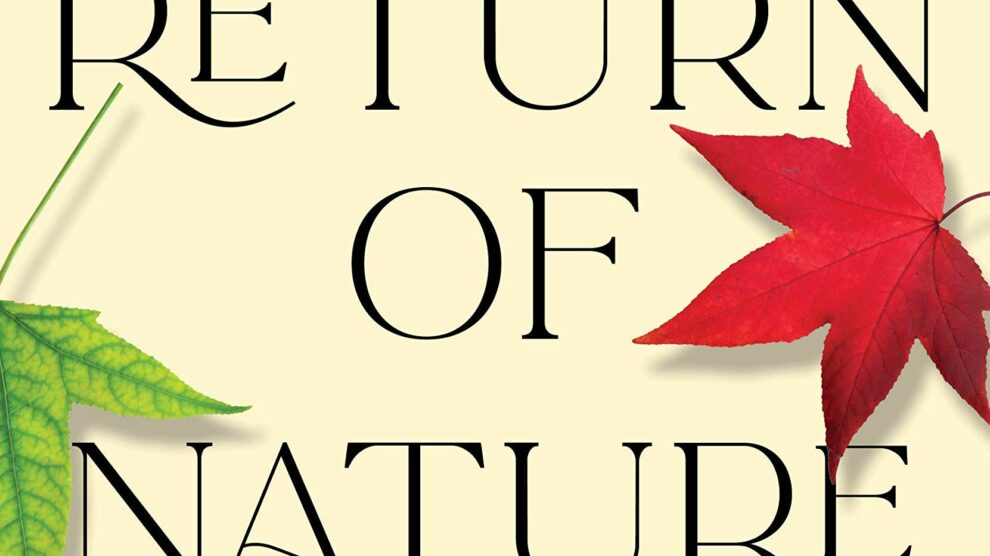 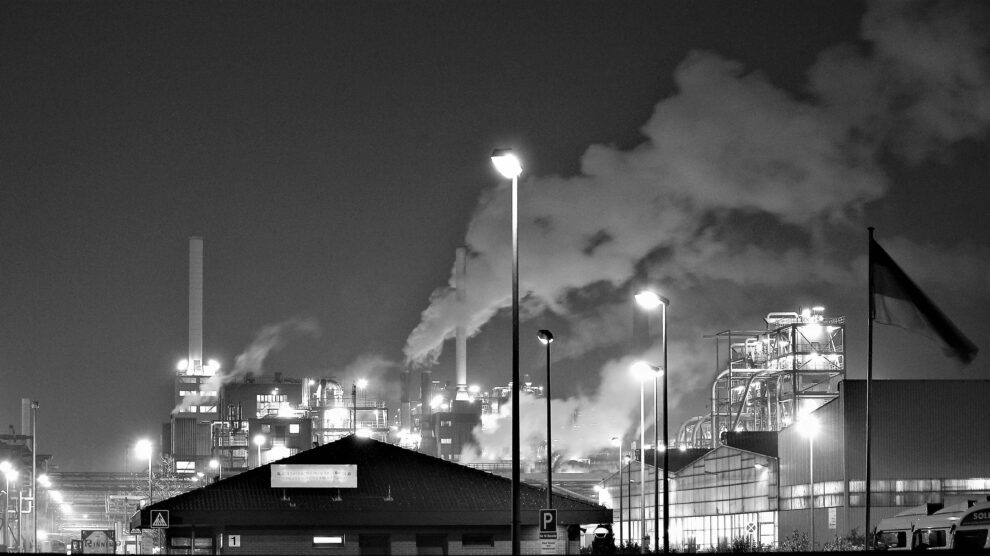 When the Chinese company Northwest Innovation Works (NWIW) showed up in 2014 to pitch their methanol refinery to the Port of Kalama, in Kalama, Washington, local resident Dianne Dick knew it was bad news: “We’re not fossil fuel people.” As...