Science for the People is dedicated to building and promoting social movements and political struggles around radical perspectives on science and society.

Science for the People (SftP), the most important radical science movement in US history, arose in 1969 out of the anti-war movement and lasted until 1989. With a Marxist analysis and non-hierarchical governing structure, SftP tackled, among many issues: militarization of scientific research, corporate control of research agenda, political implications of sociobiology and other scientific theories, environmental consequences of energy policy, inequalities in health care, etc. Its members opposed racism, sexism, and classism in science and above all sought to mobilize people working in scientific fields to become active in agitating for science, technology, and medicine that would serve social needs. 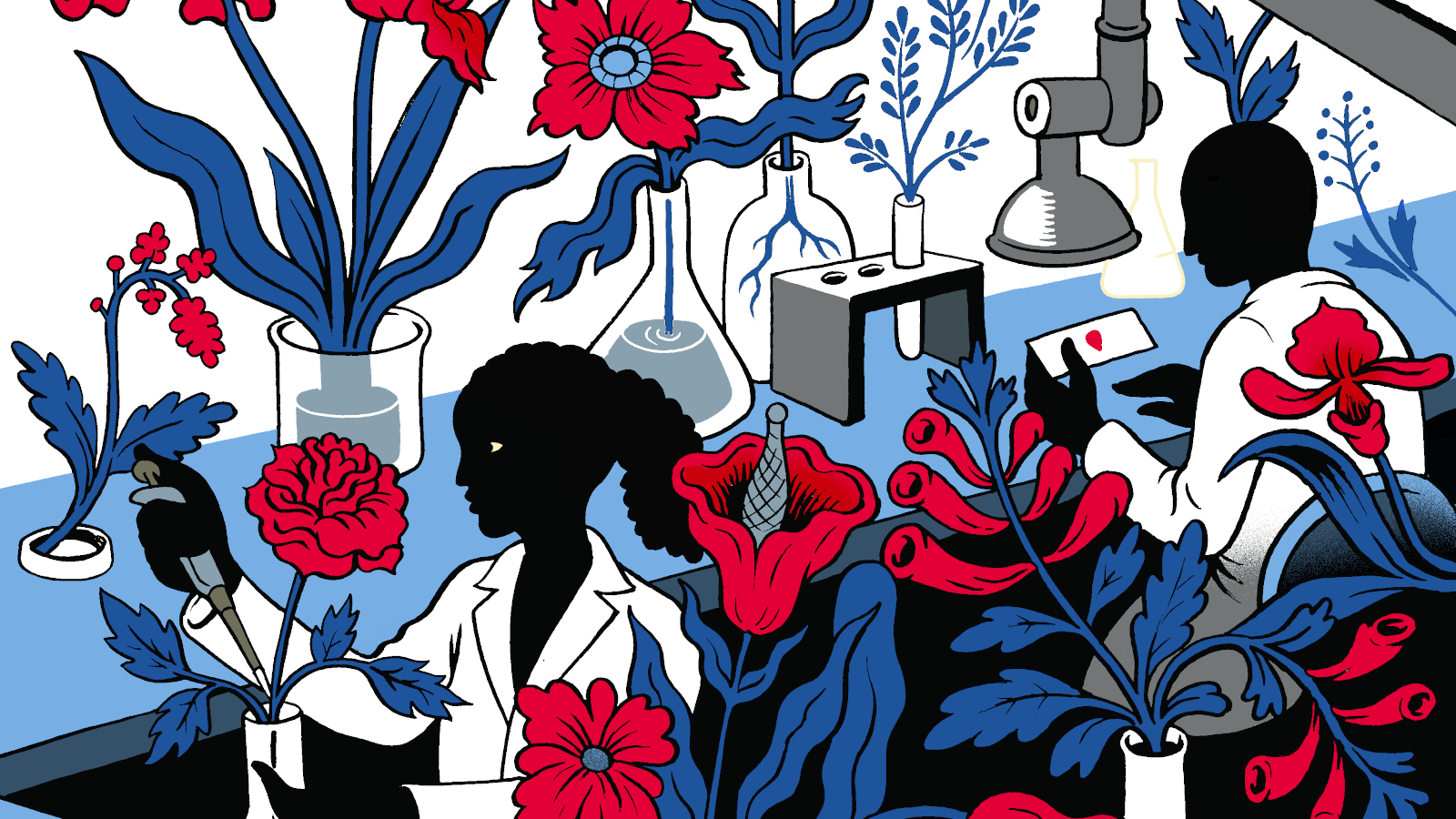 Through research, writing, protest, and grassroots organizing, SftP sought to demystify scientific knowledge and embolden “the people” to take science and technology into their own hands. SftP’s numerous publications played a formative role in the field of science and technology studies, challenging mainstream understandings of science as “neutral” and instead showing it to be inherently political. Its members organized in universities and communities, published a magazine offering sharp political analysis, and sought meaningful scientific exchange internationally in Vietnam, China, Cuba, Nicaragua, and other countries.

Some of the issues we face today have changed in important ways, but fundamental questions of capital, power, ideology, and democracy in science remain.

Since 2014, activists across the United States and in Mexico have rebuilt the organization, which now has about a dozen active local chapters and numerous working groups that bring people in different locations together to work on specific issues. With the revitalization of SftP, the new magazine carries on where the old magazine left off in 1989. In summer 2019, we launched Volume 22, Number 1: Return of Radical Science to spearhead our pursuit of social transformation.

SftP magazine is run entirely by volunteers. We are scientists, students, technicians, writers, artists—and above all, workers and activists—of all stripes devoting our labor-power to envision and enact an alternative vision of science and society. Incomes from subscriptions and donations not only help the magazine pay contributors and for distribution, but support the various organizing activities within SftP and of our coalition partners. We need your support!

An in-depth articulation of our missions and principles can be read here. Contact magazine@scienceforthepeople.org if you’d like to join us, and learn about the many ways you can help!