A Review of W. E. B. Du Bois’s Data Portraits and Khalil Gibran Muhammad’s The Condemnation of Blackness

Black America has been ravaged by racial capitalism. Red-lining, predatory municipal debt financing, and unequal distributions of education and health care have all enforced a supremely racist social order. Whenever one looks to the justification for such racist exploitation, a supposedly color-blind dataset is not far away.

The depravity of this conceit is perhaps most visible in America’s prison-industrial complex, with over 2.3 million Black people incarcerated or within the post-incarceration criminal justice system. Both titles under discussion expose how the criminalization of the Black race has been a fundamental component of the nation’s ever-evolving racial capitalism. W. E. B. Du Bois’s Data Portraits: Visualizing Black America: The Color Line at the Turn of the Twentieth Century reveals Du Bois’s repudiation, through sociological analysis, of white supremacist academics’s criminalization of all of Black America. Khalil Gibran Muhammad’s The Condemnation of Blackness takes us systematically through the years since Du Bois’s “data portraits” first appeared at the Paris Exposition in the early twentieth century. Muhammad cogently declares that “The Condemnation of Blackness demonstrates and explains how ideas of racial inferiority and crime became fastened to African Americans by contrast to ideas of class and crime that shaped views of European immigrants and working-class whites.” Reading these works together, one gains a depth of understanding regarding “modern America” as a carceral state grounded in structural racism for the sake of capital accumulation by the few. The two works make clear that data and science are always implicated in the structures of power surrounding them.

Du Bois is central to understanding this nation’s foundation. His definitive work, Black Reconstruction in America: An Essay Toward a History of the Part Which Black Folk Played in the Attempt to Reconstruct Democracy in America, 1860–1880, reveals that he had embraced a Marxist analysis along with an understanding of the centrality of race to capitalist development. This context challenged Du Bois at the turn of the century to not only study the lives of Black folk, but to also help change their lives for the better—in spite of what we call today, racial capitalism.1

Du Bois’s reading of Marx who, decades earlier had acknowledged capitalism reliance on “the extirpation, enslavement and entombment in mines of the aboriginal population, the beginning of the conquest and looting of the East Indies, the turning of Africa into a warren for the commercial hunting of Black skins,”2 allowed him to directly articulate the machinations of American racial capitalism. Through this framework, he was able to elucidate the concept of the “public and psychological wage” of whiteness.3 As Du Bois explained, this psychological wage compensated poor whites, and in so doing, maintained class divisions that might otherwise have contributed to a collective consciousness.

At the dawn of the 20th Century, Du Bois saw the importance of science and the scientific method in combating this social order. He turned his attention to using the tools of academia to contest the unsubstantiated assertions and fabricated statistical data that were the norms of Jim Crow Era scientific racism. The racist constructs within the emerging field of sociology asserted that people of African descent (especially those who had recently been freed from chattel slavery and their children) were mentally and morally incapable of being equal to any white person of any class. Using innovative, colorful, and eye-catching data portraits, Du Bois showed the ridiculousness of such “science,” revealing the true humanity, creativity, and genius of Black America.

Data Portraits offers an in-depth look at this work. Many of the infographics that comprise it were developed by Du Bois in collaboration with his Atlanta University students and his friend and former Fisk classmate, Thomas Junius Calloway. Calloway was also the organizer of the Exposition des Nègres d’Amérique for the 1900 Paris Exposition Universelle, where the infographics were part of a larger collection of Black American life, culture, and work. The sixty-three infographics that make up the work were divided into two sets by Du Bois: The Georgia Negro: A Social Study and A Series of Statistical Charts Illustrating the Condition of the Descendants of Former African Slaves Now in Residence in the United States of America. The former set was important, because it represented the largest, thriving, most diverse Black population in the US at that time, capturing and illustrating class and culture with statistics on types of employment, urban/rural divides, and income ranges. The latter set represented the broader information of Black America, such as population distribution, education levels as well as literacy rates compared to other nations. The goal of this data collection and visually-driven exhibit was to “give, in as systematic and compact a form as possible, the history and present condition of a large group of human beings,”4 and to display the work of the Atlanta School of sociology to the “thinking world.” Ultimately, it showed Europeans, and later, Americans of all races that Black America was primarily defined by its intellectual, ingenuity, and creative genius as well as its high moral standards rather than by the ignorant, criminal, hedonist, clownlike characteristics invented and structurally promoted by White America.

One of these infographics, Plate 31, uses a mixed media approach to show income and expenditures of 150 Black Atlanta families. It is an information-dense, colorful chart depicting not only class but also family budgets for food, clothing, rent, and direct taxes among other expenses. The plate’s design allowed for vast amounts of information to be seen and analyzed by scholars and non-scholars alike. When the charts were shown in Black communities, everyday folk who came to see the exhibit were able—through the colorful graphs—to grasp the notion of the positive complexity and modernity of Black America which countered the prevailing white supremacist assertions of inevitable ignorance, grinding poverty, hedonism, and criminality. Although such work was ignored for decades by the academic establishment, it helped to lay the foundation for the militantly anti-racist/anti-lynching New Negro Movement that sprung up during and right after WWI in the early 1900s.

Unfortunately, all of the potential racial advancement implied in Du Bois’s 1900 infographics has not come to fruition for the vast majority of America’s 36 million Black citizens5 at the beginning of the twenty-first century. Du Bois’s dread of the criminalization of the Black race has become a reality: tens of millions of Black lives matter only as superfluous labor destined for the carceral system and menial jobs.

In his 2011 work, The Condemnation of Blackness, Muhammad carries forward Du Bois’s logics, concepts, and fear concerning America’s foundations, stating, “The idea of Black criminality was crucial to the making of modern urban America. In nearly every sphere of life, it impacted how people defined fundamental differences between native whites, immigrants and Blacks.” As Muhammad makes clear, white academia was central to the development of the public policy that shaped the quality and quantity of the United States’s labor force, systematically marginalizing Black men and women as both limited intellectually and potentially criminals. So-called “data-driven policy” has been used to find pathology and criminality as intrinsic to Black America, while crime within White America has been framed as a problem to be solved by “redistribution instead of retribution.” 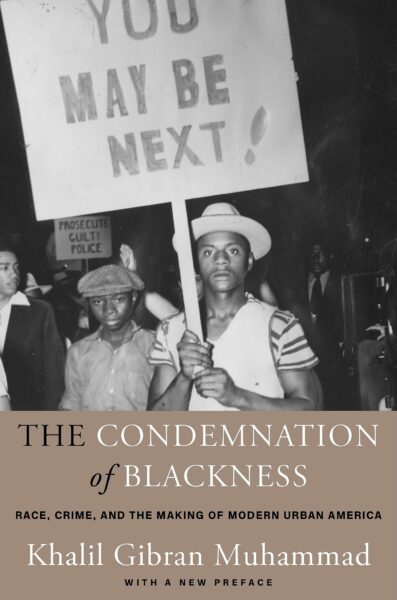 Of course, such research was an entirely unscientific process. Muhammad explains how the very same racist intellectuals who ignored or trivialized the groundbreaking works of Du Bois and other Black social science pioneers made unfounded claims to punish Black Americans. He writes, “One of the strongest claims this book makes is that statistical comparisons between the Foreign-born and the Negro were foundational to the emergence of distinctive modern discourses on race and crime.” Both wings of the capitalist two-party system have buttressed this “modern discourse,” throwing ever-increasing federal, state, and city monies at it. Thus, Muhammad underscores that even within the racially historic Obama presidency, crime within Black America was seen as both pathological and inevitable, that no amount of “community development” or police “reform” was going to change the exploitation of Black America. This reality, in turn, helped the four long years of Trump’s presidency accelerate the racist and fascist notions of the carceral state.

Together, these two books provide us with intellectual ammunition to fight to end this ascending madness and bring about a truly revolutionary egalitarian world.

Since 1900, the carceral state has restructured the Du Boisian color-line. African Americans and Latinx people are assaulted every day by the police, charged with crimes, and incarcerated at disproportionately higher rates than Whites within the US. Both Du Bois’s writings and Muhammad’s The Condemnation of Blackness show us that the American prison industrial complex has always been entangled with racial capitalism. While Muhammad’s work illustrates how the weaponization of data has buoyed the violent system, Du Bois’s work demonstrates that the accurate and appropriate use of data and science can be powerfully emancipatory. Together, these two books provide us with intellectual ammunition to fight to end this ascending madness and bring about a truly revolutionary egalitarian world.

s.e. anderson is a Mathematics and Black History professor who splits his time between Brooklyn and South Florida helping to organize the rebuilding of the Black Left as well as fighting for a free antiracist national public education system. Twitter: @blackeducator 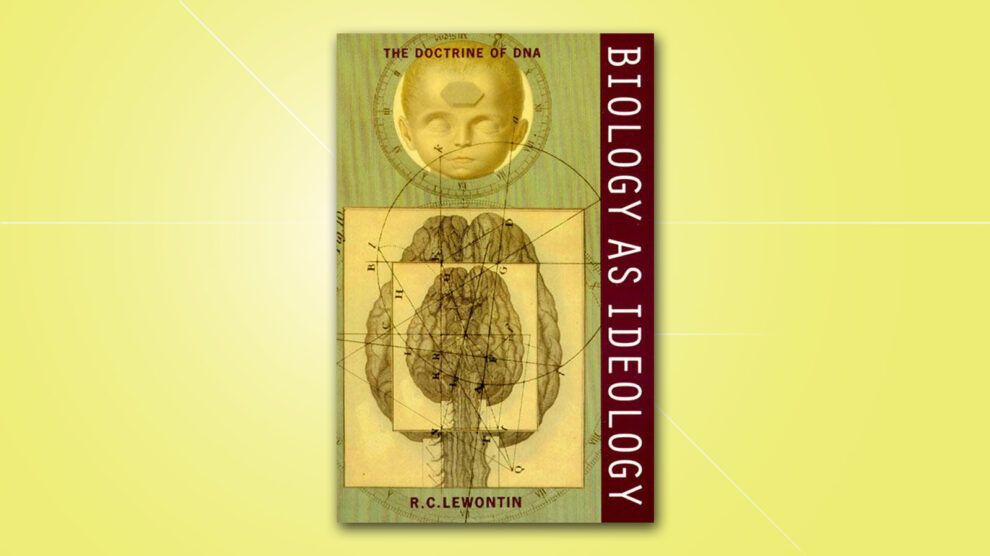 The Tragedy of American Science: An Epilogue

Cliff Conner’s The Tragedy of American Science describes how science in the United States has been coopted by military and corporate forces, transforming what could be an instrument of discovery into one of death and destruction. Below... 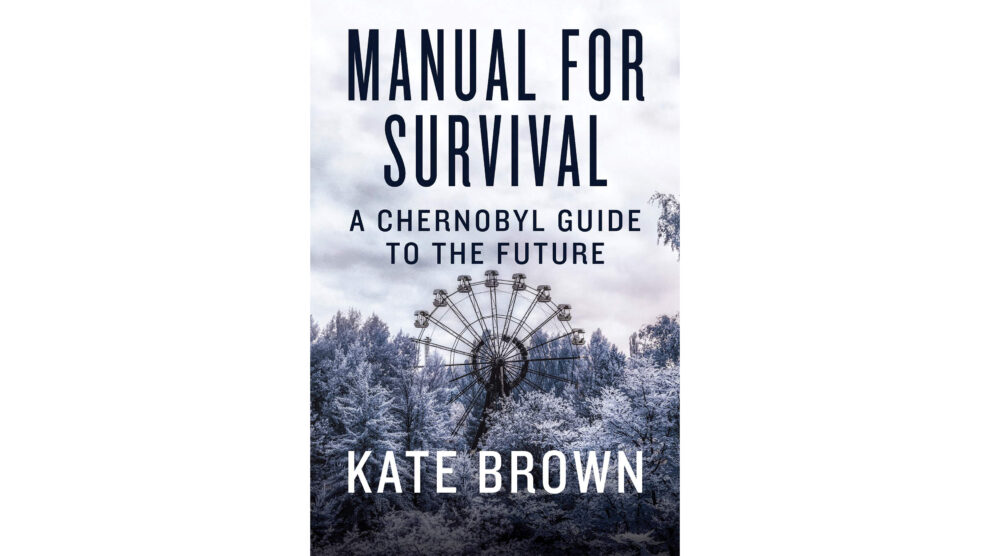 The Half-Life of a Nuclear Disaster

On April 26, 1986, one of the reactors at the Chernobyl Nuclear Power Plant in Ukraine exploded, scattering highly radioactive materials into the surroundings. More radioactive effluent was expelled by the fire ignited by the explosion... 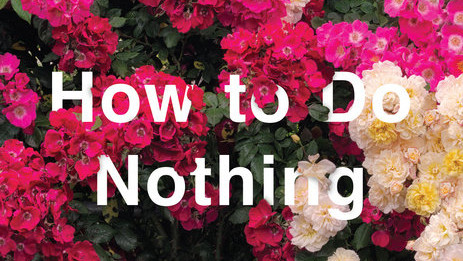 Science and Technology Beyond Sin or Savior

In recent years it has become increasingly clear that capitalism is not just a system of wage labor, but a system that thrives by exploiting and extracting value from labor through any means necessary: gigging subcontractors, interns...