By Mark Colasurdo and David Hofmann

Darwinian evolutionary theory has long been used to justify individual selfishness and greed. In extreme cases, an interpretation of “survival-of-the-fittest” has been evoked to defend racism, nationalism, and eugenics. From social and political thinkers or under fascist authoritarian states like Nazi Germany, the narrative has been the same: humankind, like the rest of the natural world, is locked in a ruthless competition for existence. However, many voices from the socialist, communist, and anarchist movements of the nineteenth and twentieth centuries challenged this “social Darwinist” ideology by suggesting an alternative view of human nature. Based on biological and anthropological studies, these thinkers argued that both animals and humans were equally capable of cooperation and mutual aid as competition, and in fact, collectivism was a powerful tool in overcoming many existential and environmental struggles over time. Accepting this, we must acknowledge that humans are not locked into modes of egoism or altruism; that we can build the world we want to live in; and that ultimately, it is our choice to struggle together or struggle against one another.

The Nature of Capitalism

Proponents of systems of oppression and exploitation have often misappropriated science as a means to justify social, political, and economic ends and injustices. Nearly a decade before Charles Darwin released On the Origin of Species, Herbert Spencer, an English sociologist and philosopher, had formulated his central theory on social evolution that progress was based on individual struggle and inevitably resulted in the “survival of the fittest.”.1 Spencer coined this term in an article on population theory, where he elaborated on the ideas of economist, Thomas Malthus, who argued that exponential population growth would eventually outpace the system’s capacity to produce and availability of essential resources like water and food. Spencer went further to argue that providing any type of assistance or state intervention to help the poor would be a direct assault on the development of humankind. Many of Spencer’s ideas were used to justify unfettered, free-market capitalism, and minimize the role of state regulation as much as possible.2

In On the Origin of Species, Charles Darwin proposed a theory of the evolutionary development of plants and animals that further outlined a narrative of competition. Darwin drew from Malthus’ thoughts on population growth when he defined his concept of the “struggle for existence” of species.3 While much of the ideology that would later be called social Darwinism was already prevalent among British intellectuals before Darwin’s seminal work, his theory further fueled the emergence of this movement that argued individualist competition over resources was a part of our essential nature.4

It is our choice to struggle together or struggle against one another.

Social Darwinism is still at work, when social scientists use evolutionary theory to explain social stratification and hierarchy as inevitable or determined. For instance, psychologist, Dr. Jordan Peterson points to the hierarchy found within lobster communities, some of the oldest-living organisms on our planet, as a prime example of why top-down vertical structures are inevitable consequences of social order. In doing so, he joins over two centuries of thinkers who naturalize inequality and exploitation by misappropriating narrow interpretations of evolutionary biology that capitalize on the notion that humans are essentially selfish, competitive creatures.5

Among the early voices who rejected the primacy of competition and selfishness in human societal organization and evolution was the geographer and naturalist Peter Kropotkin. Kropotkin was born into an aristocratic family in Moscow in 1842. At a young age, he became the tsar’s page de chambre.6

Yet what others would have seen as an opportunity for a prosperous career of power and fortune left Kropotkin bored and disillusioned. Instead, he left the royal chambers to travel to Siberia as a naturalist on a series of formative commercial and military expeditions. While in Siberia, he was horrified by the harsh exploitation of workers in the Lena gold mines, struck by the futility of reformist efforts, and moved by dramatic instances of militant resistance to corporate and state power. But it wasn’t until in the early 1870s, inspired by the Paris Commune, that his politics converged on anarchism. He became attracted to the International Workingmen’s Association, joined the Tchaikovsky Circle and efforts to popularize revolutionary socialism among the workers. As a consequence of his activism, he was imprisoned and subsequently exiled to western Europe.

By this time, he was already a respected intellectual as a result of the success of his Siberian expeditions. Most of his exile was spent in England, where he would continue his scientific work which, sufficiently prolific to earn him membership to the British Association for the Advancement of Science in 1893. The University of Cambridge even offered him a chair in Geology in 1896, but Kropotkin declined as the appointment was contingent on his abstention from political activity. Residing in the home country of Darwin and Malthus, Kropotkin observed a broad consensus among English intellectuals on social Darwinism: “I found that the interpretation of ‘struggle for life’ in the sense of a warcry of ‘Woe to the Weak,’ raised to the height of a commandment of nature revealed by science, was so deeply rooted in this country that it had become almost a matter of religion.”

Kropotkin’s thoughts on Darwinism were heavily influenced by his field observations. His Siberian expeditions led him to conclude that cooperation was at the very least an equal factor to competition in the struggle for survival. Consequently, he rejected Malthusian Darwinism, an intellectual stance that was no exception among the Russian intelligentsia of the time and set out to propose an alternative interpretation of Darwin. In a key publication, Mutual Aid: A Factor of Evolution, published in 1902, he surveyed the ways that animals and humans exhibit and benefited from mutual aid and cooperation.7 Here, Kropotkin names a proclivity for helping others that is just as critical and natural as helping ourselves. From his studies in Manchuria and Siberia, he concludes that species that learn to cooperate often fared better than those species engaged in constant competition for resources.8

For humans, Kropotkin acknowledged that across communities of hunter-gatherers through the Middle Ages to present times, cooperative societies have flourished, in spite of harsh environmental conditions, scarce resources, and internal and external conflict, for this very commitment to mutual aid and solidarity.

Kropotkin’s rejection of Malthusian Darwinism in favor of an arguably more nuanced view on nature did not sit well with his contemporaries. While Kropotkin accepted Darwin’s notion that competition plays a role in natural selection, he correctly identified that western European intellectuals put too much emphasis on this aspect of evolutionary theory. In doing so, these academics miss a much more daunting and challenging question: how could cooperation fit within a Darwinian framework? Frustratingly, his teachings would not make it into textbooks, and for some time he would be seen as a fringe intellectual, whose scientific thinking was obfuscated by his anarchist views. Thankfully, Kropotkin’s ideas on mutual aid in social evolution have since made their way into mainstream science. His ideas on the evolutionary benefits of cooperation were prescient of later developments in theories of biological cooperation such as kin selection, multi-level selection, symbiogenesis and beyond.9 Today, it is widely understood among evolutionary theorists that cooperation is an essential factor of evolution.

But Kropotkin’s ideas about mutual aid transcended evolutionary theory; they also informed his views on building a non-hierarchical anarcho-communist society that were free of repression from capitalism and the State. He viewed mutual aid as a means for humans to build community by contributing to common goods. Kropotkin argued that the fruits of the labor of one individual were owed to the community because the tools, land, and resources that allowed that labor were provided by the community in the first place. By providing to the community in exchange, the laborer would in turn benefit from the labor of others.10 Communities have survived capitalism, natural disasters, and other hardships through mutual aid that is ultimately based on this conceptualization of society as an alternative to the Darwinian rule of competition.11

Throughout the global COVID-19 pandemic, countless hyperlocal mutual aid networks sprouted up around the world out of a need to survive. For urban centers in Georgia, the Atlanta Survival Program provides food and housing assistance for those in need – where community supports community. Their food program, Food4Life, dispatches food and grocery deliveries to the sick, elderly, immuno-compromised, and those with limited or no access to healthy food options. Almost 3000 households have been supported by this grassroots effort that has mobilized an impressive 1600 volunteers throughout the metropolitan Atlanta area. The Atlanta Survival Program also provides tenants with organizing materials and resources to collectively block evictions and freeze rent.12

The Metro Atlanta Mutual Aid (MAMA) Fund provides assistance for those in the most need throughout and after limited and inconsistent strategies in the COVID-19 crisis. MAMA is building an alternative system that supports communities in more equitable ways than free market capitalism. The organization grounds its strategies in relational, anti-racist and anti-capitalist principles of mutual aid, as opposed to charity. Their approach is anti-capitalist as it leverages wealth redistribution, where the collective allocates support from its constituents based on their capacity and needs, described as “moving funds from those with accumulated wealth to those who historically have been left out” and without asking their members to “prove their trauma or need.”13 Rather than compete for toilet paper or preservation of individual safety and health, organizers help support their communities in the spirit of mutual struggle and solidarity.

A socialist world built on cooperation and solidarity could advance science, art, and humanity beyond what we have created via competition.

Far from the misanthropic and dog-eat-dog world of the social Darwinists, people have tremendous capacity for cooperation and collective prosperity. As Kropotkin noted, mutual aid is just as much a part of our evolutionary history as the Darwinian struggle for existence.Yet it is often not an aspect of our humanity we choose to highlight. But even under capitalism, where individuals are incentivized to profit over promoting the well-being of our fellow workers, many still choose to volunteer their time, skills, and resources to support other community members and even strangers in need. If we construct alternative networks despite a system that actively undermines principles of cooperation, imagine what we could do in a world that instead cultivated such ideals. Rather than using mutual aid to merely clean up capitalism’s disasters and survive its harshest effects, a socialist world built on cooperation and solidarity could advance science, art, and humanity beyond what we have created via competition. And so, let us dispense with notions of eternal competition and embrace our own freedom. It is up to us to determine the principles under which we choose to live: socialism or barbarism. 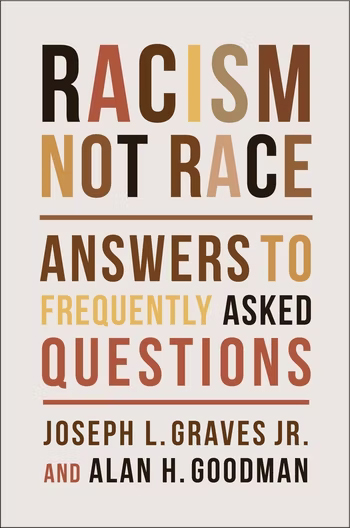 What Race Is and Isn’t

Graves and Goodman are longstanding members of SftP. Their new book, 'Racism, Not Race', clearly presents the science of human variation and its connections to histories of power and oppression. 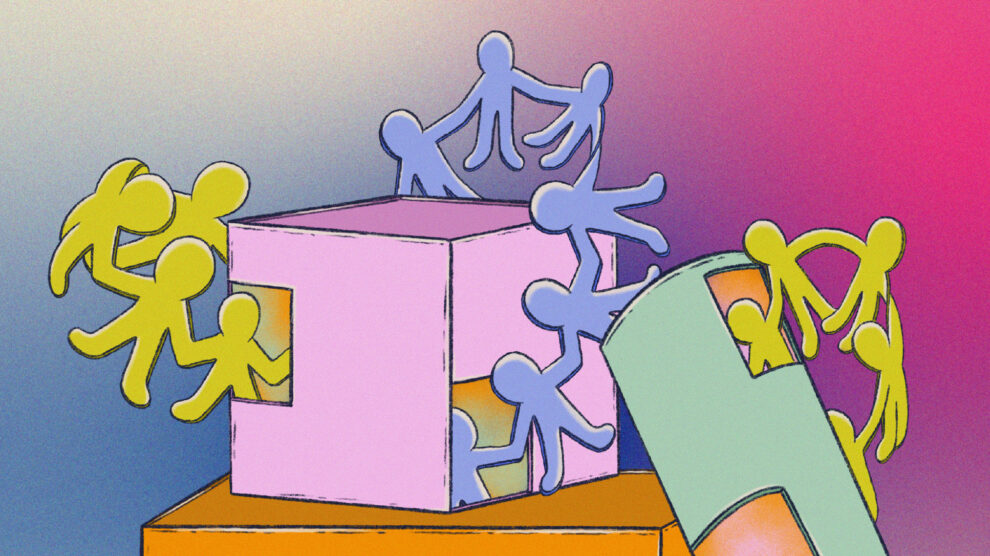 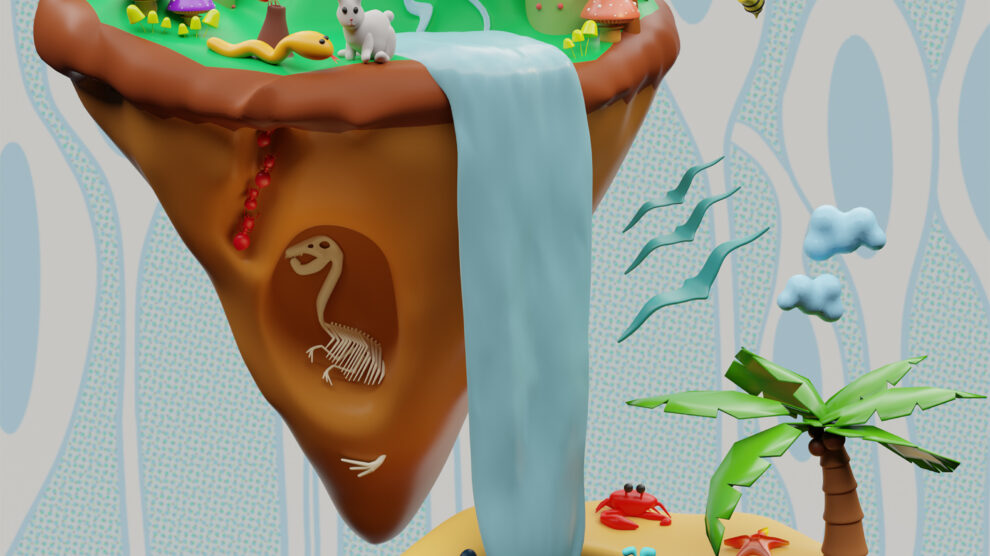 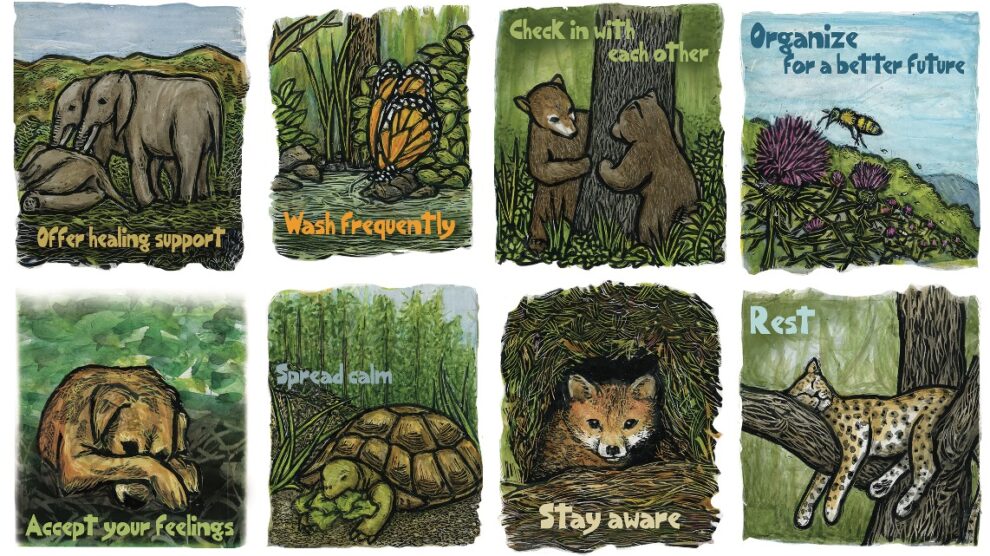