How The Thirty Meter Telescope Is Changing Astronomy and Politics 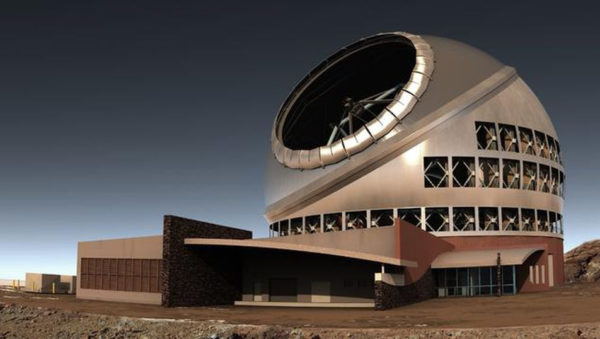 When it comes to astronomy, only a few concerns limit what you can do. The size of your primary mirror determines your resolution and light-gathering power. Your altitude, isolation from light pollution, and the stability and temperature of the air above you determine the quality of your observations. And your proximity to the equator determines how much of the sky you can observe.

The next generation of ground-based telescopes requires a leap from telescopes of 8-to-10 meter diameters to ones of 30 meters or more. Three different such observatories are currently planned: the Giant Magellan Telescope and the Extremely Large Telescope in the Southern Hemisphere’s Chilean Andes, and the Northern Hemisphere’s Thirty Meter Telescope (TMT) atop Mauna Kea on the island of Hawai’i. While the first two are on track for completion later this decade, the TMT has not even begun construction. As tensions between indigenous Hawaiians and many astronomers continue to rise, it’s vital to understand why.

Mauna Kea is the Earth’s highest mountain from base to peak, possessing dry, cool, stable, smooth-flowing air ideal for astronomical observing. Since the 1960s, when the first modern, world-class observatories were constructed there, Mauna Kea has become the most productive astronomical site on Earth.1 The planned optical design, instrumentation, adaptive optics system, and more have positioned the TMT as the Northern Hemisphere’s premier next-generation observatory. Funding partners from all over the world have committed to making the TMT a reality.2

But astronomy doesn’t exist in a vacuum, and the history of telescopes atop Mauna Kea’s summit is another example of colonialist desires superseding indigenous rights to self-determination.3 Approximately half of native Hawai’ians oppose the construction of the TMT altogether, viewing the existing mountaintop telescopes as sacrilegious and the TMT itself as further continuation of disregard for their basic liberties.4 Thousands of mountain protectors have gathered since 2015 to oppose the TMT’s construction, achieving a symbolic victory in stark contrast to the recent trampling of indigenous rights at Standing Rock.

The fight against the TMT has sparked a cultural awakening surrounding indigenous rights throughout Hawai’i and beyond. Looking to Hawai’i’s history easily reveals why: the United States’ illegal overthrow of the Indigenous government in 1893, the subsequent annexation of Hawai’i, the banning of the native Hawai’ian language, and the eventual push for statehood all overruled and ignored the right of Hawai’i’s indigenous population to determine the fate of their own civilization. Annexation “formally denied the political franchise to those Hawai’ian residents who would not renounce their allegiance to the former monarch and who would not pledge to renounce their claim to their native land.”5 Statehood was considered the only way that Native Hawai’ians would have a say in making laws that governed whether their language was legal, or whether they could practice their traditional cultural practices without being arrested.

Unlike pipeline builders, astronomers have been unwilling to simply trample over the will of indigenous people. Construction attempts on Mauna Kea are currently halted, with an unprecedented amount of listening now taking place.6

Does astronomy have a future atop Mauna Kea? Can a mixed-use agreement for the mountain be reached? If not, astronomy’s second-choice site for the TMT, at La Palma in Spain, is nearly as good. The major challenge there will be convincing the funding partners to get on board. Either way, the use of scientific endeavors as justification for colonialist actions has met a roadblock, a major step toward a better world for us all.

Ethan Siegel is a PhD astrophysicist and former professor who writes about and communicates science for a living. He has written two books: Treknology and Beyond the Galaxy, and has written the column Starts with a Bang since 2008, presently hosted at Forbes.com.

Meet the artists and scientists, writers and organizers, who contributed to our Spring 2022 issue, "The Soil and the Worker." 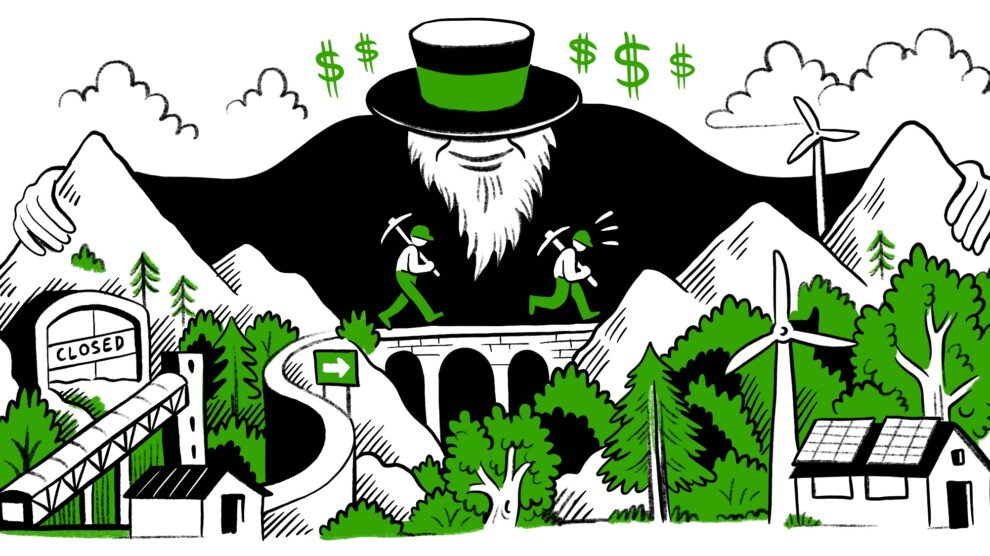 Can a Just Transition Change Appalachia’s Balance of Power?

A new generation of progressive thinkers, from slightly left-of-center Democrats to committed socialists, is proposing federal legislation for a sweeping economic transition away from fossil fuels. Termed the Green New Deal (GND), this... 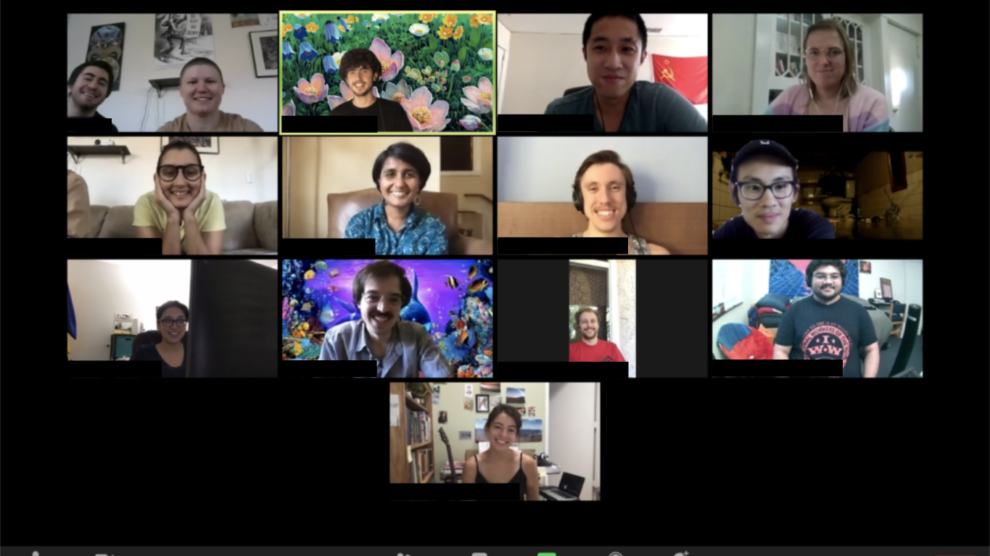 On May Day 2020, Socialists of Caltech wrote a response to Caltech administrators’ cutting of graduate student health benefits in the midst of a global pandemic. The following is an edited version of that response, tying the history of... 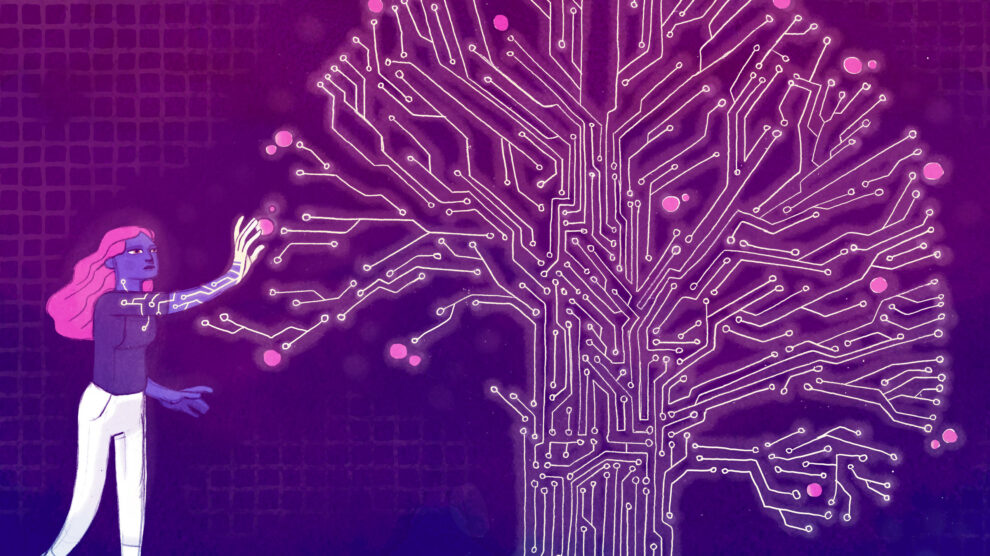 ​Stochastic Parrots: How Natural Language Processing Research Has Gotten Too Big for Our Own Good

Debates about the limitations of natural processing language models and their societal impact are oversimplified in popular discourse. To engage politically with these debates, we need to first understand the technical aspects.

Science, Feminism, and Black Liberation: An Interview with Sam Anderson
Indigenous Knowledge, Western Science, and the US Colonial Project