Three Baskets by Shan Goshorn: A Meshwork of Futurity and Remembrance

The administration of the tribal hospital in Cherokee, North Carolina wrote the Cherokee Guiding Principles, a governing document based on traditional Cherokee values which are implemented into daily patient care by the hospital staff. I have reprinted this document on the horizontal pale blue splints and combined it with a contemporary writing by a member of the Cherokee Nation (rust splints) who has recounted what it means to live life as a Cherokee. His thoughts were written in the Cherokee syllabary but printed using a recently developed Cherokee computer font, demonstrating how the tribe adapts to modern methods while still retaining legacy.

This piece is representative of the way that culture adapts and changes but can still remain relevant based on the traditional values of our ancestors. The pattern is a traditional one called “Fishbone” but I am interpreting it to represent the forward movement of Indian people.

Genocide. It is a horrible word that sums up the most inhumane of actions. And it is a word rarely associated with the atrocities that happened in America.

Raphael Lemkim was a brilliant Jewish attorney who escaped the Polish Nazi regime to the United States. In 1943 he coined the term “Genocide” from the Greek word genos (family, tribe, race) and –cide (Latin for killing); his United Nations approved definition was outlined by his eight key techniques required to achieve genocide which included attacks on the social, cultural, economic, biological, physical (sub points here include endangering health and mass killing), religious and moral characteristics of a people.

U.S. government sanctioned actions involving the American Indian horrifically achieved each of these points. Massacres are remembered as battles, prisons are called forts and the routine denial of native language, religion, citizenship and even food (to those sequestered in forts or on reservations) was the accepted solution to the “Indian problem” for decades. This single weave basket combines Lemkin’s definition with three documents that support this claim: The Indian Removal Act of 1830 (displacement from homelands), The Medicine Lodge Treaty (land loss) and names of children on the Carlisle Indian Boarding School student roster (removal of children from their homes in order to force government approved ideas on them).

The title references the burial shroud, serving as a testament to the extraordinary amount of lives lost as a result of military murders. It also speaks to the fact that this is clearly a black and white issue not to be clouded in political rhetoric. There can be no argument that there was a genocide in this country as surely as there was one in Europe. And we cannot turn a blind eye to the fact that other indigenous people around the world are still suffering from these forms of persecution. 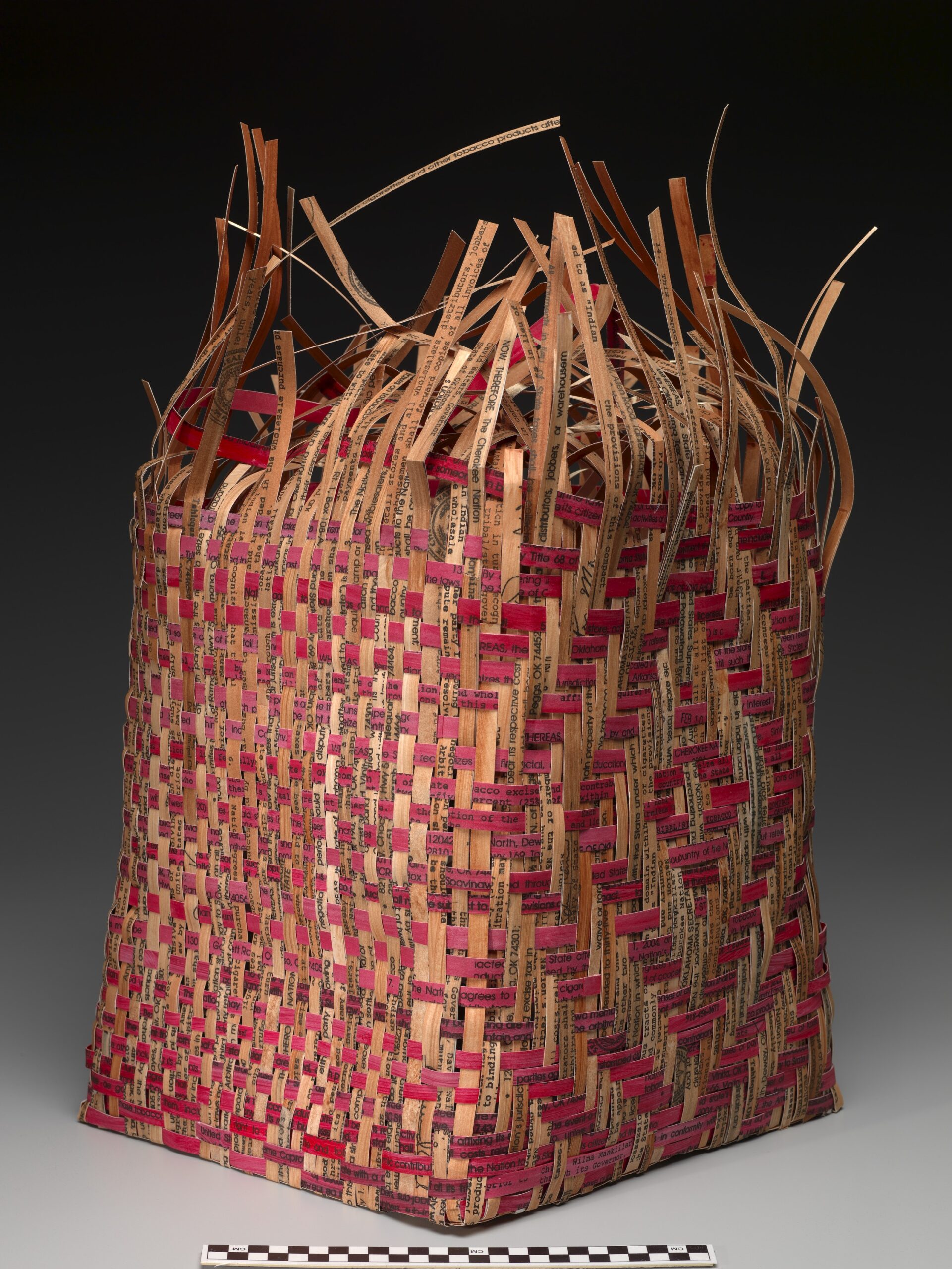 Woven in the traditional Cherokee basket pattern called Spider’s Web, this is the first basket that I ever wove; the result of an idea to illustrate the tangled rewriting of the Oklahoma and Cherokee Nation Tobacco Compact. Many non-Indian businesses felt that tribal sovereignty gave Indians an unfair advantage in regard to the sale of tobacco products (no state tax on tribal land) and were lobbying to completely do away with Native sovereignty. The original Tobacco compact was active from 1993 to 2003- during that decade much in the tobacco world changed. The revised compact was very complicated and the compromises unsatisfying; both the State of Oklahoma and the Cherokee Nation felt the compact was being interpreted incorrectly by the other party. Immediately after the rewriting they were (and still were when this basket was made) in arbitration trying to sort it out.

This basket is woven with sliced reproductions of this compact; it was left deliberately unfinished as negotiations appear to be ongoing.

Shan Goshorn (1957-2018) was an artist and member of the Eastern Band of Cherokee. She is best known for her baskets, which combine traditional Cherokee weaving techniques with non-traditional materials. In place of oak and river cane splints, her interpretations were woven from reproductions of manuscripts and photographs to document key themes important to Native people including removal, sovereignty, appropriation, health concerns, domestic violence, and boarding schools. 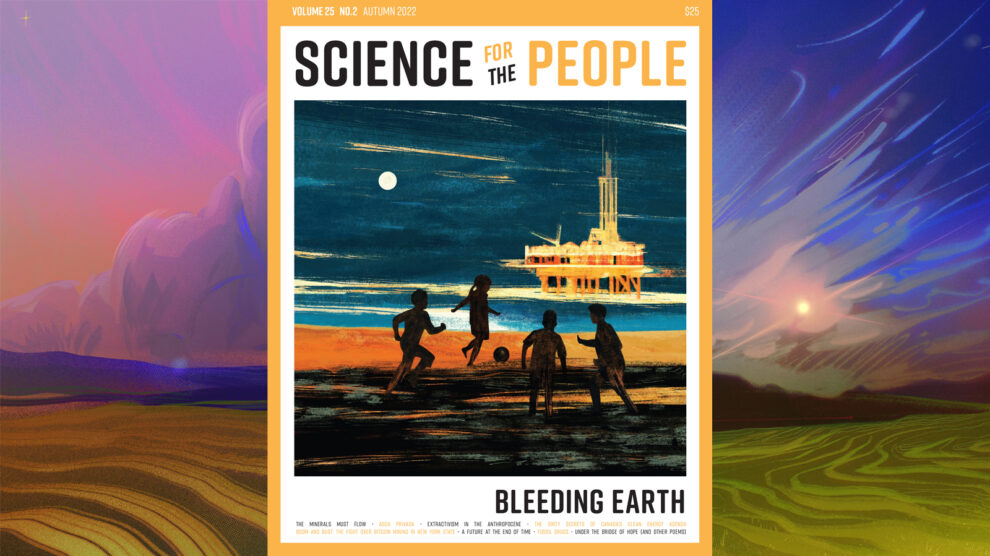 See the art on the cover of our Autumn 2022 issue, Bleeding Earth 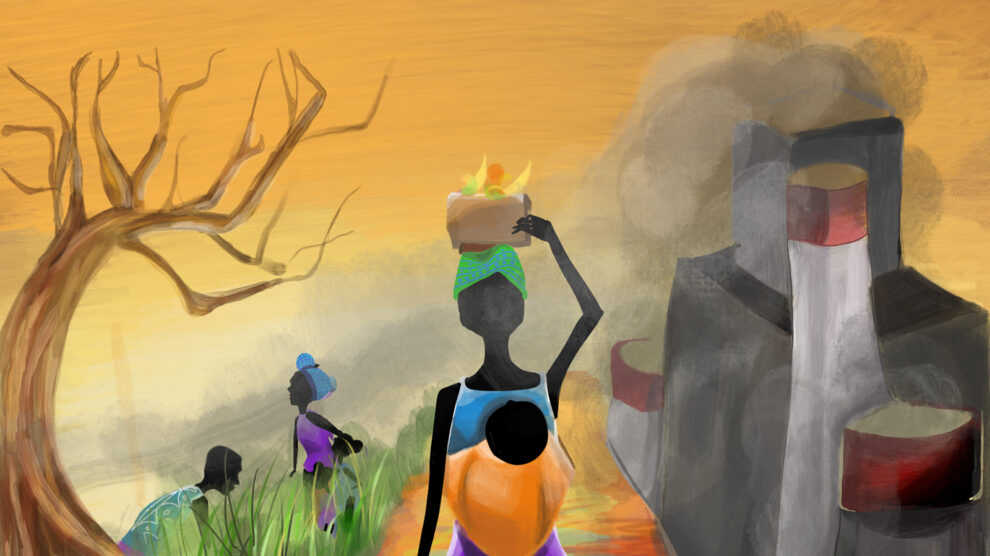 The Art from Racial Capitalism

See the art and other images featured in Science for the People's Spring/Summer 2021 issue on racial capitalism. 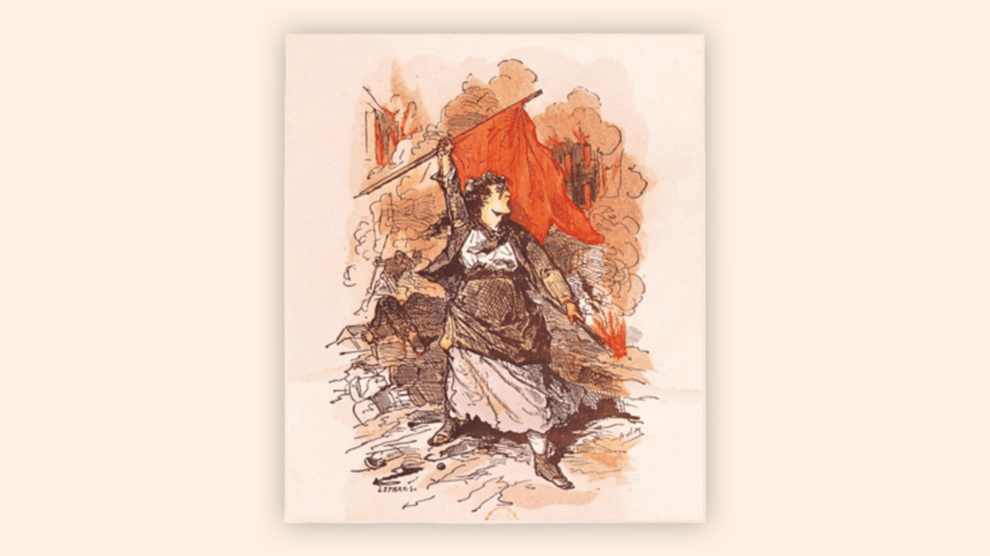 “Art for all! Science for all! Bread for all!”

150 years ago, on March 18, 1871, the poor and working class of Paris — referred to dismissively by contemporary French officialdom as “the vile multitude” — rose in rebellion. They disarmed the existing national guard and armed the...