Reports from Science for the People working groups and chapters

Science Against All the Odds: Scientists for Palestine Holds Its Third International Conference

Scientists for Palestine (S4P) held its third international conference on January 10-12, 2020 at the Massachusetts Institute of Technology in Cambridge, Massachusetts. In front of an audience of about 200, there were thirty Palestinian scientist presenters and panel participants, nine of whom had made the journey from Palestine.

Most notable was the absence of participants from Gaza who had been denied travel visas. Ubai Aboudi, Director of the Bisan Center for Research and Development and one of the organizers of the S4P conference, was arrested without charge in November. Aboudi is a US citizen based in Ramallah and a leading and respected educationalist.  His wife, Hind Aboudi, informed us by video that his detention had just been renewed for another 101 days. In the final plenary session, the conference supported the motion that S4P should make public representations on behalf of Dr. Aboudi.

The inspiring keynote address, “Opening a New Window to the Universe” by astrophysicist Nergis Mavalvala, was followed by a panel discussion outlining the issues facing Palestinian scientists under Israeli occupation. Whether they are situated in the West Bank and Gaza, in 1948 Palestine, in the refugee camps of Lebanon and Syria, or in the wider diaspora, Palestinian scientists face significant barriers to collaborative research, including closures, checkpoints, travel restrictions, scarcity of material resources, interruptions to water and electricity supplies, and paucity of research funding. Marwan Awartani, a mathematician and now Minister for Education and Higher Education, stressed that these obstacles were directly antithetical to the idea of the university as a site of multidisciplinary free exchange of ideas.

On Sunday the sessions broke up into working groups to focus on institution building, each tasked with developing an agenda for its subject area and a mechanism for advancing knowledge and international cooperation.

The problem of “translation” in science, making the transition from theoretical or laboratory work to implementation and application, is exacerbated in Occupied Palestine. There, due to physical and intellectual obstructions confronting Palestinian academics and practitioners, an additional transition must be made: the translation of scientific research and technology from Palestine to the wider world.

An earlier version of this post first appeared on the website of the Alliance for Water Justice in Palestine.

To learn more about Scientists for Palestine, visit scientists4palestine.com.

Science for the People prides itself on being a radical science organization committed to anti-oppression. We welcome all cultural, educational, and socioeconomic backgrounds and abilities. However, our organization is still homogeneous and has yet to fully speak to the questions and concerns of marginalized communities of color.

If you or someone you know is a scientist of color who has issues you want to see amplified and demands that the needs of your communities be heard, then join the People of Color (POC) Caucus! Email us with your name, email, geographic location, disciplinary specialty, and a topic of concern that you would like to help the caucus spearhead.

Science for the People magazine is dedicated to making our materials accessible to all readers. Acknowledging that we live in an ableist society and that many of us are unfamiliar with disability justice, we aim to educate ourselves and others on how to make writing about science and social justice accessible to people of all abilities and cultural backgrounds.

As such, we have created an Accessibility Team on our Publications Committee to ensure that the SftP website, magazine, and all online content follow WCAG 2.0 and W3C Accessibility Standards. We also want to learn and educate other members about assistive technology, user/reader needs, accessibility standards, and design principles. Lastly, we will develop and maintain accessibility resources for the magazine.

If you are interested in accessibility issues, disability studies, and disability justice, our team may be for you! To join the Accessibility Team, email us with your name, email, geographic location, and how experienced you are with accessibility.

The Militarism Working Group of Science for the People is committed to:

Currently, our main project focuses on counter-recruitment at university job fairs. We are planning actions at Northwestern University, the University of Illinois at Urbana-Champaign, and the University of California, Santa Cruz in early 2020. In preparation, we are developing a scheme for evaluating the ways in which, and the degree to which, companies are involved with the Pentagon and the Department of Homeland Security.

We meet on a conference call the first Sunday of each month at 5 p.m. Eastern time zone.

The Santa Cruz (CA) chapter of SftP came together in October of 2019, building on local organizing around the Global Climate Strike in September and on current and past activism among members of the agroecology research community in and around the University of California, Santa Cruz (UCSC). Our growing membership is composed of recent graduates and current graduate students from UCSC and a handful of community members with backgrounds in natural and social sciences and political activism. As a newly formed chapter, we have been working in coalition with other activist groups to build our power, share our message, and increase our ranks. So far, our chapter has focused on climate change, settler colonialism, and counter-recruiting at job fairs.

The Santa Cruz Climate Strike Coalition consists of twelve local activist groups and nonprofits. These groups came together with students of all ages to organize a county-wide educational kick-off event and a week of actions that culminated in a general climate strike in Santa Cruz. SftP members, as well as the local Democratic Socialists of America chapter, played an important role in the coalition by focusing attention on the banks and big-tech firms that have offices in Santa Cruz—we came to call them “avatars of climate chaos.” The new Santa Cruz chapter of SftP remains active in the coalition that is beginning discussions around a People’s Green New Deal for Santa Cruz County.

The central topic of our first several meetings was the proposed Thirty Meter Telescope (TMT) atop Mauna Kea, the most sacred mountain in Hawaii. After shared reading and discussion on the history and current state of struggle in Hawaii, we worked with the UCSC Mauna Kea Protectors to organize an event at UCSC. Several Native Hawaiian elders and cultural practitioners came to share their stories and demand that the University of California withdraw its support for the TMT. It was a powerful event that drew over three hundred people from the campus and the broader community.

Our current project is focused on counter-recruiting at UCSC job fairs, in collaboration with SftP’s Militarism Working Group. Close to the heart of Silicon Valley and with a Lockheed Martin facility just a couple of miles away, UCSC is a natural target for recruiters from Big Tech companies that are collaborating with the Pentagon and the Department of Homeland Security. This makes counter-recruiting at UCSC extremely important. We are currently doing research, writing up literature, and developing a strategy around winter job fairs on campus.

Five decades ago, Science for the People (Vol. 6, no. 2, March 1974) reported that the UN General Assembly “approved a committee report declaring that Puerto Rico was in fact a colony of the United States, not an independent country.” And it noted further: “[t]his, according to U.N. principles, means the people of the island nation have the legitimate right to rise up against their foreign master.” Time and again, Puerto Ricans have risen up against this master and its representatives on the island. Their latest victory was the resignation of governor Ricardo Rosselló after a twelve-day mass protest in 2019 that sparked people’s assemblies, practicing self-governance in public spaces in a way that reimagines Puerto Rico’s future.

Under Rosselló’s tutelage and pressure from La Junta—as Puerto Ricans call the financial oversight and management board—public education and science have been under attack by austerity programs that drastically cut funding from public schools and universities. Inspired by the massive privatization of schools in New Orleans after Hurricane Katrina, the Department of Education and Governor Rosselló pushed for the introduction of a charter school system in Puerto Rico in the aftermath of Hurricane María. Teacher salaries had already been reduced and several hundred schools were closed before the hurricane. Profiteering was underway as well: Julia Keleher, the Secretary of Education from 2017 until 2019, was arrested on federal corruption charges for illicitly steering hundreds of thousands of dollars in contracts to close associates in 2017. People’s resistance, as individual and collective action, is crucial to prevent more harm and call out who is responsible. For instance, the open letter written by a Yale University student criticizing the Education Leadership Conference at the Yale School of Management for inviting Keleher as a keynote speaker (cynically, Yale is also benefiting from Puerto Rican debt) and mass protests organized by teacher’s unions, in particular Federación de Maestros de Puerto Rico.

The University of Puerto Rico has faced massive budget cuts. Over five years, starting in 2017, public funds have been slashed by 56 percent. Puerto Rican students and professors rose up against these austerity measures imposed with the pretext of repaying an (illegal) debt and faced violent police repression in 2017. Political repression and surveillance continued after the protests when Facebook granted Puerto Rico’s Department of Justice access to a trove of private information from student news publications. This led to the arrest of seven student journalists, who, as of this writing, face trial in February 2020 for participating in a nonviolent protest.

Opposing all forms of oppression and struggling for systemic change is part of Science for the People’s principles of unity. These principles underlie our support and solidarity with the struggle of the Puerto Rican people for self-determination. The Science for Puerto Rico working group was founded in 2018 for this purpose. Our task is to build strong relationships with activists, community organizers, and academics in Puerto Rico to be able to effectively perform solidarity work.

Since the working group’s inception we have organized and participated in a number of events and actions:

We have achieved much with limited resources, and we are determined to continue supporting our partners and become a reliable force that can help catalyze solutions to the social and economic struggles lived by Puerto Ricans. Our current and upcoming projects include:

Join us and help us grow and expand our efforts! We hold monthly online meetings and are looking for volunteers to help with any of the above projects. If you are interested please send an email to the address below—we are particularly looking for people to join our brigade. Fluency in Spanish is helpful but not necessary. 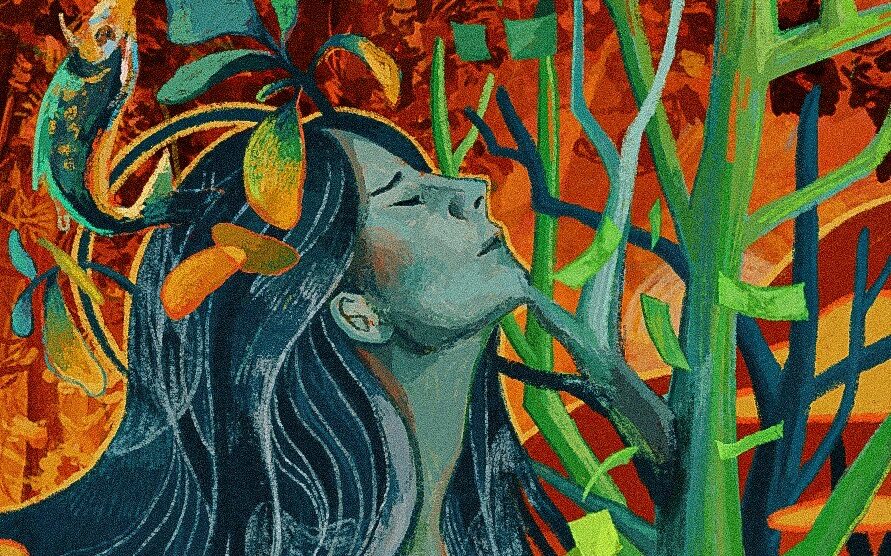 Beyond Development and Extractivism

The Andean Indigenous paradigm of Sumak Kawsay (Buen Vivir) inspires the People's Health Movement to subvert the growth-centric development models and promote health as a public good and a civil right. 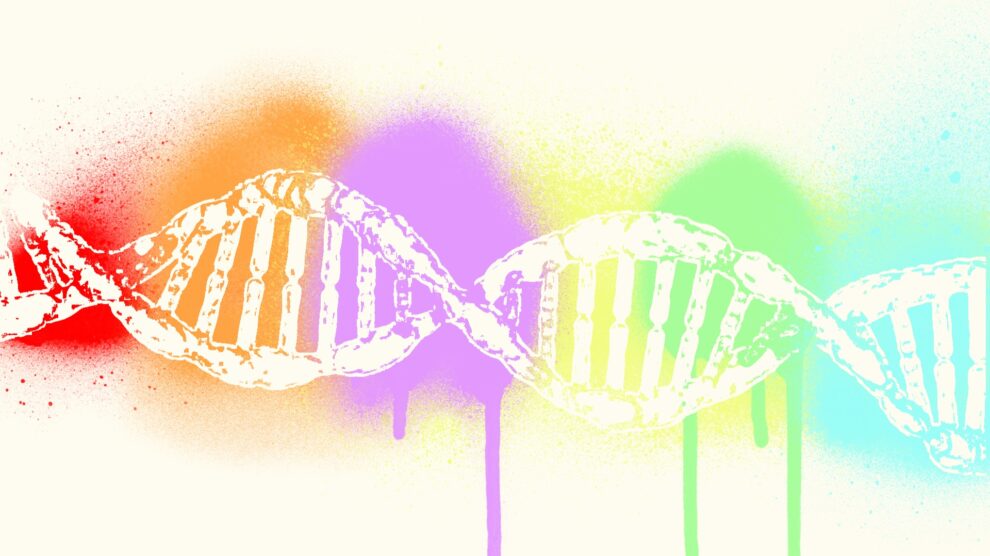 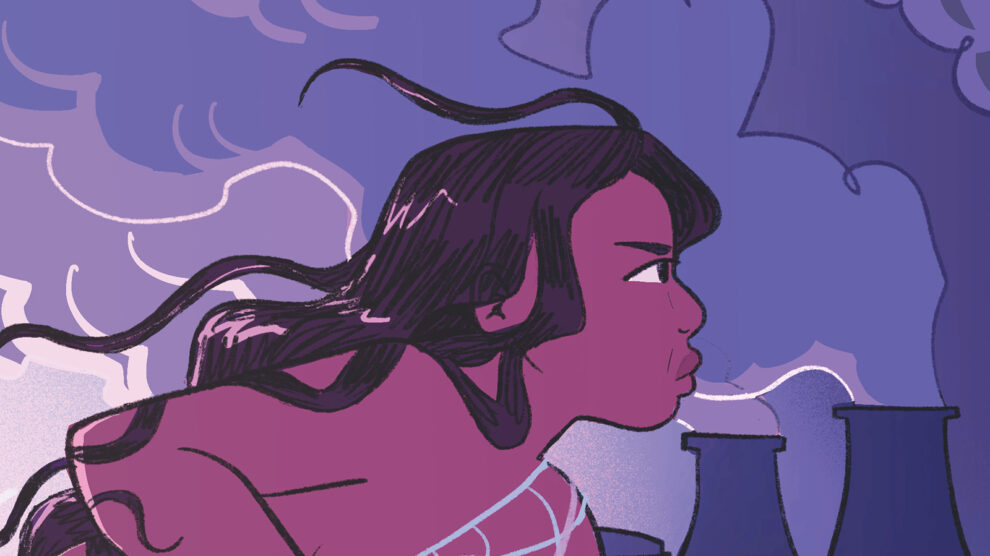 A History of the Concept of Race

A history of the concept of race and science's role in its justification, originally featured in SftP's 1982 issue "Racism in Science."

Letter from the Editors Volume 22, number 1, The Return of Radical Science We launched the online edition of Science for the People magazine on May Day, 2019, to celebrate the generations of workers and activists who’ve helped make the...

Meet the Contributors
Support Science for the People