History is full of stories of subjugation, oppression, and occupation—stories that have been rewritten, sanitized, or removed from mainstream narratives altogether. But these are not merely stories of the past. From the role of the United States in horrific medical experiments on Puerto Rican women to Israel’s systematic destruction of the health of the Palestinian people and their environment, occupation in all its forms continues to shape our world today. And too often, the methods and tools of science are wielded as weapons to perpetuate and exacerbate injustice, violence, and conflict.

This issue explores the ways science has been used against people and the planet, along with stories that tell of the power of the people fighting back, learning to heal, rewilding the land, and connecting with each other. What does it mean to fight for liberation and rebuild community using the tools of science? How can the medical sciences be used as liberatory tools for the oppressed? How do people under occupation practice astronomy and fight for ecological biodiversity? These are some of the questions you’ll find discussed in the pages of “Science Under Occupation.”

Our authors write from Kashmir, the Philippines, Gaza, Puerto Rico, and the occupied lands of Turtle Island. Over the past several months, we’ve worked together through earthquakes, volcanic eruptions, regional internet shutdowns, armed conflict, and the COVID-19 pandemic. While these conflicts and disasters emphasize the need to address the reality of living under occupation in the here and now, the stories told by those living in this reality serve as a testament to our determination to build a new world.

In the spirit of the original Science for the People, whose members worked with the people of Nicaragua, Vietnam, Cuba, and oppressed communities in the United States and worldwide, we are honored to publish the voices of those rarely heard, in this, the third issue of the relaunched Science for the People. We hope that these articles bring our readers to a better understanding of the struggles and hopes of people around the world and the critical role that people-centered science can play in the fight for peace, justice, and environmental protection.

Science for the People!

We are especially grateful for all of those who volunteer their time, labor, and knowledge to make this magazine happen, and for those SftP members—of this generation and the original organization—who donated to our Kickstarter and Patreon campaigns to get this issue into print and ensure that we can pay our contributors.

Science for the People appears three times a year in print, and online at magazine.scienceforthepeople.org. Our next issue, Vol. 23, No. 1, “Science Under Occupation,” will survey how science can be used as a liberatory practice even while it has so often exacerbated deadly power dynamics between peoples and nations, the colonized and the colonizers, in communities from Palestine to Puerto Rico. The following issue, “A People’s Green New Deal,” will contribute to the outpouring of ideas, organizing, support, and criticism that has greeted the Green New Deal proposal over the past year.

We’re an organization built by and for our members, and the publication is a reflection of that. The goal of these and all Science for the People articles is to inspire people to join the struggle to build science that works for justice and to arm ourselves with the knowledge to fight for a better world. The process of working with authors, editors, artists, and designers to build a magazine for our movement has helped us to learn more deeply about how scientists and activists might come together, where we might agree or disagree, and how we can build solidarity. We invite you to read, share, debate, and discuss these articles, and to use them to frame your own politics of scientific practice.

Do you have an idea for a theme for a future issue of the magazine, or do you want to join an editorial collective? Email us at magazine@scienceforthepeople.org to get involved. 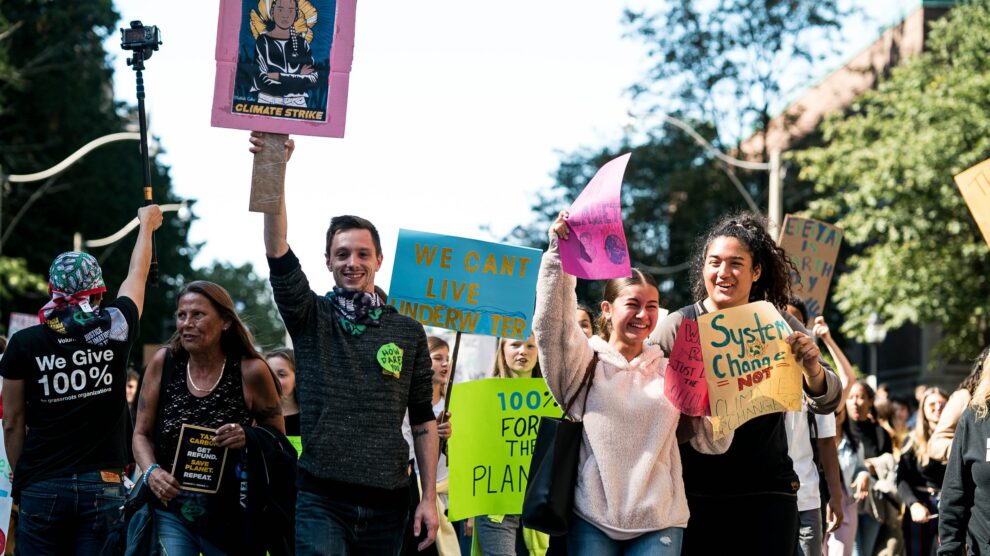 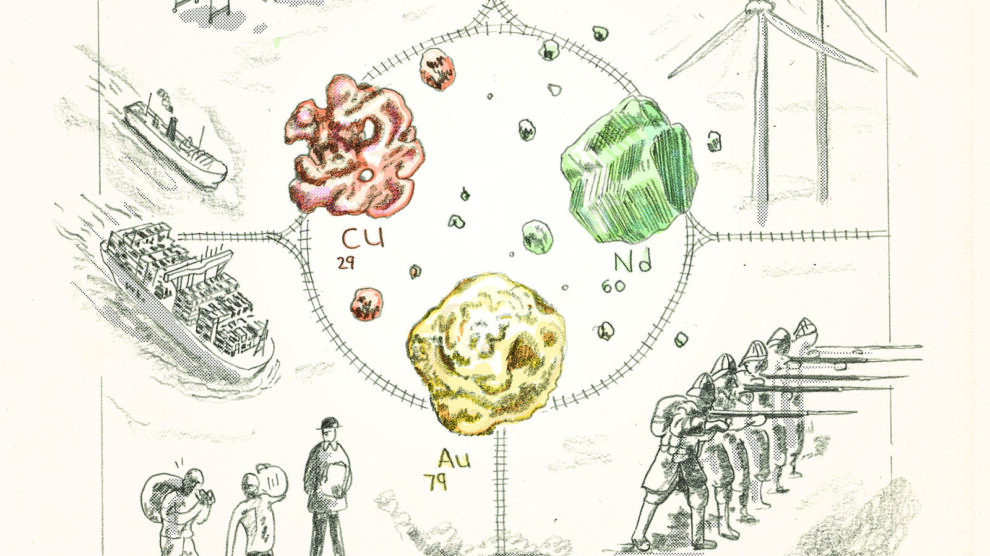 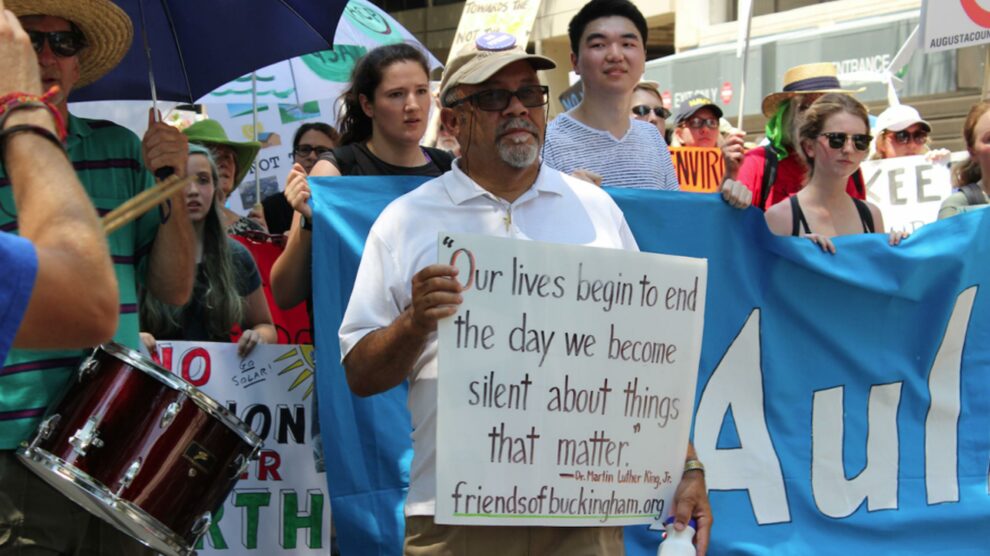 A successful grassroots effort shows that the struggle for environmental justice is inherently a struggle against racial capitalism. 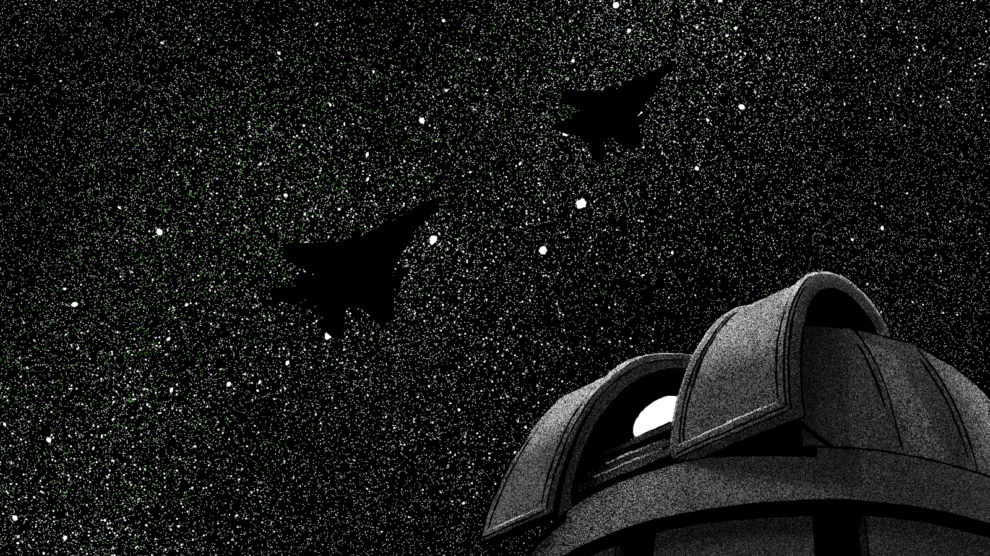 Mazin B. Qumsiyeh and Mohammed A. Abusarhan

Prior to the 1948 war and even the Zionist Congress of 1897, Palestine had some thirteen hundred villages and towns, each with a small and manageable population living sustainably with nature. The land was owned or worked by the...

Support Science for the People
About Volume 23, Number 1