Profile of a Dialectical Biologist

A while ago, I was asked as an evolutionary biologist about crops genetically modified to resist herbicides. Leaving aside all the ecological, health, and economic considerations that I could speak about, genetically modified crops are evolutionarily an irrational solution. It is obvious that herbicide-resistant weeds will appear in a few generations, and more and more of the herbicide will have to be applied until it eventually becomes ineffective for yet another one to be applied, and so on indefinitely. At the end of the day, it is simply the description of a very common biological phenomenon—an “arms race”—found in any good biology textbook since the first decade of the 20th century.

Why do I start an article about Richard Lewontin with this anecdote? Because as an inhabitant of the “United Soybean Republics,” it is not just any question; it is a question about a reality that affects millions of people.1 This question about genetic modification, whose scientific answer is so trivial, would almost be the perfect example of what Lewontin and his colleague, Richard Levins, spoke of as “insight and blindness.”2 It is the state commodified science leaves us. We know the real answer to the question. But that answer is too inconvenient.

If the answer is simple, albeit uncomfortable, perhaps some evolutionary biologist has thought of it before and pondered it. I found only one biologist who pursued this argument to its logical conclusion. That was Lewontin, in his 1998 essay titled “The Maturing of Capitalist Agriculture: Farmer as Proletarian.”3 Not to dwell on a subject I have already written about, the apparent paradox between genetically modified crops and herbicide resistance disappears when we consider the objectives of the companies that provide the agricultural inputs and control the production of genetically modified seeds.

If Lewontin’s opinion on agribusiness was “controversial” in mainstream science, all his works were deeply political and interspersed with critiques of the capitalistic industry of knowledge production—in essence: commodified science “[leaves] us helpless in the big problems facing our species.”4 Lewontin’s works are sharp. For instance, his book Not in Our Genes exposes the aims of biological determinism to justify the innumerable oppressions based on class, gender, and race, supposedly dictated by biology. They are also, above all, illuminating.

Richard Lewontin was born in 1929 in New York. He received his PhD in zoology in 1954 and was a student of Theodosius Dobzhansky, a key figure in developing the modern synthesis of evolutionary biology. In 1966, together with John Hubby, he published a series of papers that revolutionized the field of evolutionary biology. Using protein electrophoresis, they showed for the first time that the variability within natural populations is enormous.

In 1973, Lewontin was appointed Alexander Agassiz Professor of Zoology and Biology at Harvard University, where he served until 1998. In 2017, he received the Thomas Hunt Morgan Medal of the Genetics Society of America for lifetime achievement at the request of 160 colleagues who supported his nomination. He was elected a member of the U.S. National Academy of Sciences, but resigned after three years. The reasons for this resignation were due to personal integrity:

All scientists in the United States want to be members of the National Academy; that’s big stuff. So here I was, elected to the National Academy. I felt wonderful. And then I discovered that among other things, the National Academy, through its operating arm, the National Research Council, had committees doing secret war research…I got up and said, “I can’t be responsible for work other people are doing and not even know what it is. I think you must stop this, and if you don’t stop it, I have to resign from the Academy. I refuse to take responsibility.” . . . So I left. But that was the proximal reason. The greater reason was that I realized around that time that the existence of a thing called the National Academy of Sciences . . . is destructive of intellectual life. The whole notion of the chief motivating element being prizes, honorary degrees, personal prestige, memberships in academies, that really turned me off.5

Lewontin’s work on genetic diversity is not of purely academic interest. He showed that “racial” categories in human genetics explain only a small fraction of the variability among individuals. The article in which he published these results concludes:

Lewontin also discussed the value of assigning heritability to human intelligence, a deterministic reduction that even today remains a fertile field for all kinds of speculation.

Along with Stephen Jay Gould, he criticized the “adaptationist programme” in biology, which views an organism’s traits as mainly adaptations, leaving aside alternative explanations. “The Spandrels of San Marco and the Panglossian Paradigm” explains how many of an organism’s traits are not adaptations per se, but by-products of adaptations in other traits (or “spandrels,” just as the beautiful paintings in San Marco’s Cathedral were not essential for the design, but took advantage of the gaps and spaces in between).7 Since its publication it has been cited more than 6000 times, and is one of the most influential works in evolutionary biology.

More profoundly, Lewontin’s criticisms are linked to the rejection of the notion of environment as a pre-established framework in which biological evolution occurs. Lewontin argues that the organism and the environment maintain a dialectical relationship, where both influence each other. There is currently a growing interest in this approach in biology, visible in the multiplication of studies on phenomena such as niche construction and eco-evolutionary dynamics. The book Triple Helix: Gene, Organism, and Environment, as well as the essays contained in The Dialectical Biologist and Biology Under the Influence (the latter two written with Richard Levins) are the starting point for understanding this conception of biology.

In recent months, I had the pleasure of reading and rereading the essays of Biology Under the Influence, as part of the team that edited for the first time this work into Spanish (as La Biología en cuestión) for the collection “Ciencia y marxismo (Science and Marxism),” which aims to bring together critical scientists and activists who provide new perspectives on the environmental, ecological, and social catastrophe to which capitalism condemns us. In a year marked by a pandemic, one of the most striking works is Lewontin and Levins’s essay entitled “The return of old diseases and the appearance of new ones,” originally published in 1996, but which could not be more timely.

Richard Lewontin and Richard Levins were more than Harvard professors. In the introduction to Biology Under the Influence, they state:

We have also been political activists and comrades in Science for the People; Science for Vietnam; the New University Conference; and struggles against biological determinism and “scientific” racism, against creationism, and in support for the student movement and antiwar movement. On the day that Chicago police murdered Black Panther leader Fred Hampton, we went together to his still bloody bedroom and saw the books on his night table: he was killed because of his thoughtful, inquiring militancy. Our activism is a constant reminder of the need to relate theory to real-world problems as well as the importance of theoretical critique.

Richard “Dick” Lewontin passed away on the morning of July 4th, 2021. A biologist friend of mine wrote: “So many people are thanking Lewontin because reading him changed their lives.” As one of his former students, Jerry Coyne, said: “I don’t have many scientific heroes, but he is one of them.”

Santiago Benitez-Vieyra is an evolutionary biologist and researcher at CONICET (National Scientific and Technical Research Council, Argentina). He studies plant-pollinator interactions, speciation, and the evolution of plant trait associations. In activism, he contributes regularly to the science and environment sections of La Izquierda Diario, co-coordinates the collection “Science and Marxism” in IPS editorial and he is a member of the Socialist Worker’s Party (PTS) of Argentina. He currently serves as union delegate of science workers in Córdoba, where he lives. 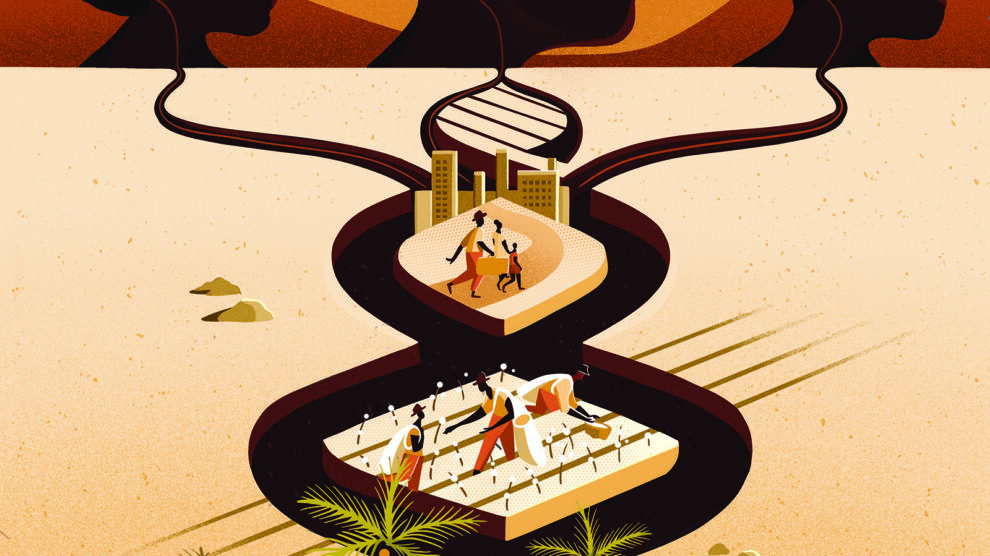 “Living in the afterlife of slavery means living on the planetary afterlife of the plantation.” Attempting to elucidate the racial logic of environmental crises, Justin Davis traced his own ancestry and provided historiographic accounts of... 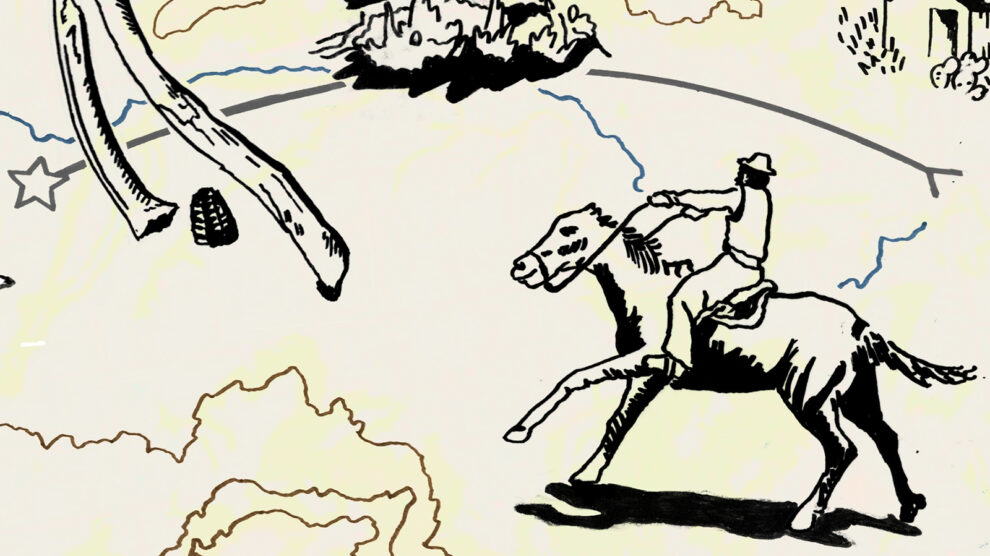 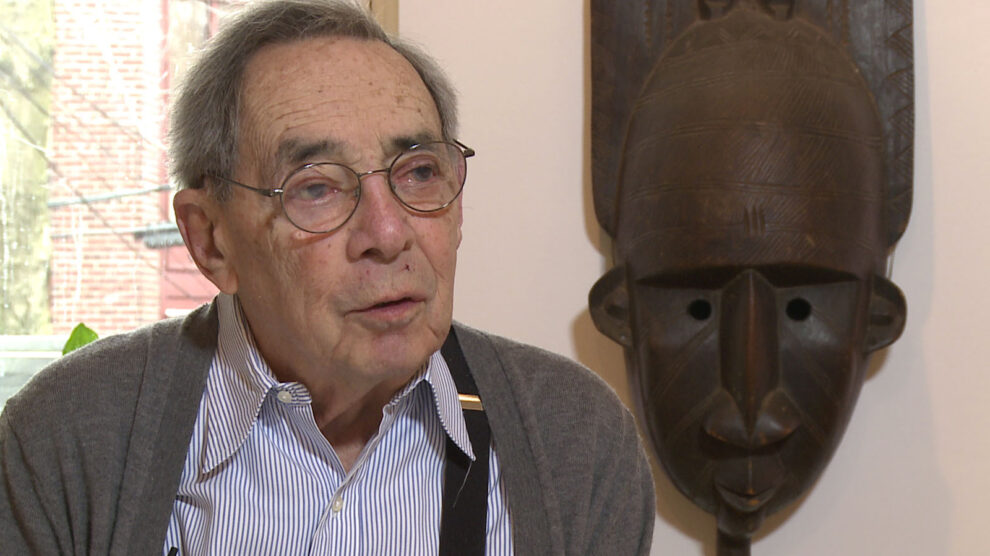