Review of Symbiotic Earth: How Lynn Margulis Rocked the Boat and Started a Scientific Revolution

Our shared cultural and social context shapes not only our politics, but what we do, say, and even think. Microbiologist Lynn Margulis argued that convention is so powerful, and so comforting, it prevents us from evaluating facts that challenge this system. She called these blinders “trained incapacities.” In Symbiotic Earth, director John Feldman builds a world that fully recognizes the groundbreaking scientific contributions of Dr. Margulis, who unexpectedly passed away in 2011 while still an active scientist.

The alternative title of Charles Darwin’s On the Origin of Species, “the Preservation of Favoured Races in the Struggle for Life,” reflected the hardscrabble life of mid-1800s England during the Industrial Revolution. For Darwin, the mechanism of evolution (natural selection) relied on a Malthusian notion of competition. This gladiatorial conception of life did not go unchallenged. By the late 1800s, naturalist and anarchist philosopher Peter Kropotkin was advocating for the importance of mutual aid between individuals, not competition, as they sought continued existence.1 Lynn Margulis began her PhD training at Berkeley seventy years later, right at the center of the political and social upheaval of the 1960s counterculture movement. It was in this milieu that Margulis began to develop ideas about evolution even more radical than Kropotkin. Her theories went beyond mutual aid to suggest mutual dependence.

Like Darwin and the theory of natural selection, Margulis’s seminal idea—that eukaryotic life is the product of the symbiotic relationship between prokaryotic cells—was not hers alone. Her critical contribution was synthesizing the various implications of the idea into a coherent, compelling hypothesis termed “endosymbiosis,” presenting it alongside supporting evidence from cellular, molecular, and paleontological research. With the exception of her ideas about the origin of flagella, Margulis’s radical predictions on the bacterial origins of mitochondria and chloroplasts were borne out as DNA and RNA analysis became more sophisticated. And given that flagella and basal bodies do not contain genetic material, it seems possible that there is a real connection that has been overlooked because of the lack of molecular evidence—an idea which some scientists are still investigating.2 Whatever comes of that inquiry, the visual similarities between wriggling spirochete bacteria and eukaryotic cilia and flagella in the film certainly are striking.

Margulis would still deserve serious recognition in evolutionary biology if endosymbiosis were her only contribution to the field. But she didn’t stop there—Margulis advanced theories on the regulation of the atmosphere by bacterial cooperation, challenged the evolutionary role of Mendelian inheritance, and built upon Dr. Robert Whittaker’s five-kingdom model of life.3 To quote Margulis, “natural selection eliminates and maybe maintains, but it doesn’t create.” In Margulisian evolution, nature innovates through endosymbiotic interactions. These complex, dynamic, multi-level interactions make up Margulis’ theory of symbiogenesis—the evolution of all large, multicellular, nonbacterial organisms.

Dr. Jan Sapp, a biologist and historian interviewed extensively in the film, compares Margulis to Darwin in terms of importance in the development of the theory of evolution. Yet her ideas have not gotten nearly as much exposure as her contemporaries Drs. Richard Dawkins and Stephen Jay Gould. Her most widely accepted idea, the bacterial origin of chloroplasts and mitochondria, is a key part of any basic cellular biology curriculum—yet her name is often omitted in college textbooks. Feldman seeks to correct this with Symbiotic Earth. The director is an avid naturalist and science communicator, and was a close friend of Margulis. He infuses his documentary with the overarching message that Margulis was a scientific revolutionary in an effort to secure her legacy.

Neo-Darwinists traditionally hold that individual genes are the essential units of selection and that other levels of organization (cell, organism, population) are ancillary, or even irrelevant to evolution. As someone trained in biology, I agree with Margulis’s assessment that neo-Darwinism makes up the core thread of most university-level biology at the expense of studying the organisms themselves. Even Dr. E.O. Wilson, a biologist infamous for underestimating the political implications of scientific work,4 was shocked at the change in culture that accompanied the discovery of the macromolecular structure of DNA and its role in genetic inheritance. According to Wilson’s memoir, Naturalist, soon after the arrival of Dr. James Watson in 1956, geneticists began taking over the Harvard University biology department and declaring subfields like ecology, zoology, and botany as antiquated and borderline useless. This schism can be felt to this day; many biology departments at US universities now split into molecular (often code for genetics) and non-molecular (e.g. ecology, systems biology, evolution) factions.

The use of molecular techniques to shed insight into ecology and behavior has only recently forced the two to return to speaking terms. Ironically, the tools of neo-Darwinists are now being used to validate the theories of their non-molecular counterparts. As a prime example, Margulis’ ideas about the bacterial origin of eukaryotic organelles were experimentally proven using DNA and RNA evidence. The recent discovery of epigenetics (changes to gene function that do not alter the DNA sequence, but can be inherited) means biology textbooks must again be rewritten. The locus of evolutionary control is rapidly moving away from a unidirectional, unitary mode of inheritance to an interconnected and multidirectional web.

Scientists are often presented as if they work in a vacuum. Think of Darwin at work on his theory of natural selection—these historical moments are often dramatized as him alone in his cabin on the HMS Beagle or tucked away in a cramped study. In contrast, Feldman offers us dynamic, interpersonal access to the scientific mind of Margulis. We see her in the classroom, contagiously excited watching a moving amoeba, enjoying a casual dinner with students and colleagues, and discussing an upcoming book with her son and co-author Dorion Sagan. In one scene, she stands in an algae flat in Cape Cod breathlessly explaining the complex biochemical interrelationships among single-celled and colonial organisms and the Earth’s atmosphere and geology. Given Margulis’s interconnected vision of life, Feldman’s attention to her collaborations and relationships is fitting.

This symbiotic, cooperative, interdependent view is no doubt responsible for the development of the Gaia hypothesis, a collaborative project between Margulis and scientist/inventor Dr. James Lovelock. Gaia advances a holistic view of life in which organisms interact cooperatively with inorganic substrates on Earth to self-regulate the conditions which make life possible. Gaia was a darling of the nineties but had its critics, particularly among neo-Darwinists like Richard Dawkins;5 even evolutionary biologists with more nuanced views like Stephen Jay Gould found themselves uncomfortable with the hypothesis. Ultimately, Gaia (which Margulis, agreeing with Gould, characterized as a metaphor) is more philosophy than science, as it is impossible to test,6 and these days, is rarely mentioned in evolutionary biology circles. For Feldman, however, its ecological and societal implications make Gaia more relevant than ever as environmental crises on our planet accelerate.

Lynn Margulis’s science and personality are exciting and thought-provoking, but Symbiotic Earth occasionally drags, making it difficult to follow the thread of the narrative. On the other hand, the film refreshingly avoids presenting a narrow story that prohibits deeper reflection. Some stylistic choices—brassy musical interludes and low-budget special effects—are outdated but don’t interfere with the message. With a total running time of two hours and twenty-seven minutes, the documentary is split into ten chapters which can be viewed independently. If you’re short on time, consider watching Chapter 2 (“How Science Gave Us Permission to Exploit the Earth”); Chapter 3 (“Confronting the Neo-Darwinian Capitalistic Zeitgeist”), and Chapters 6-8 (“Bacteria Run the Planet,” “Symbiosis is the Way of Life,” and “The Cell (not DNA) Controls the Organism”). These chapters offer a representative sample of how Margulis’s science, political views, and personal ethos are intertwined.

If biology is the study of life, Margulis may have been the ultimate biologist. Endosymbiosis was a revolutionary idea that challenged scientific orthodoxy and reconfigured the way we understand evolution. Whether her equally revolutionary ideas on symbiogenesis, Gaia, or spirochetes will ultimately be validated is unclear. This is a difficult legacy to document, but I think Margulis would have approved of Symbiotic Earth. This is a documentary that breathes. It describes Margulis’s ideas on their own terms and avoids giving undue airtime to her critics. Although it’s arguable Feldman is too easy on Margulis, it’s refreshing to see the story of a female scientist presented on its own merits, without requiring the protagonist to defend their very existence. Laypeople will learn something new, and scientists, especially biologists, will be inspired to read the original texts and perhaps look at our own training in a new light. 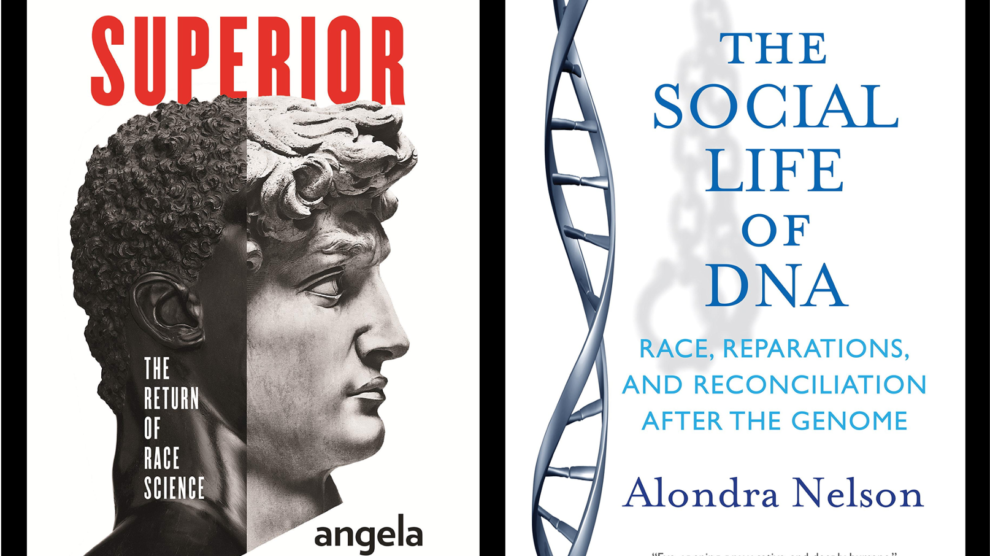 The role of race in public life has shifted with breakneck speed over the past decade, so it is hardly surprising that two recent books on race and science—Alondra Nelson’s The Social Life of DNA: Race, Reparations, and Reconciliation...

A Guide to Action for Advocates of the Green New Deal 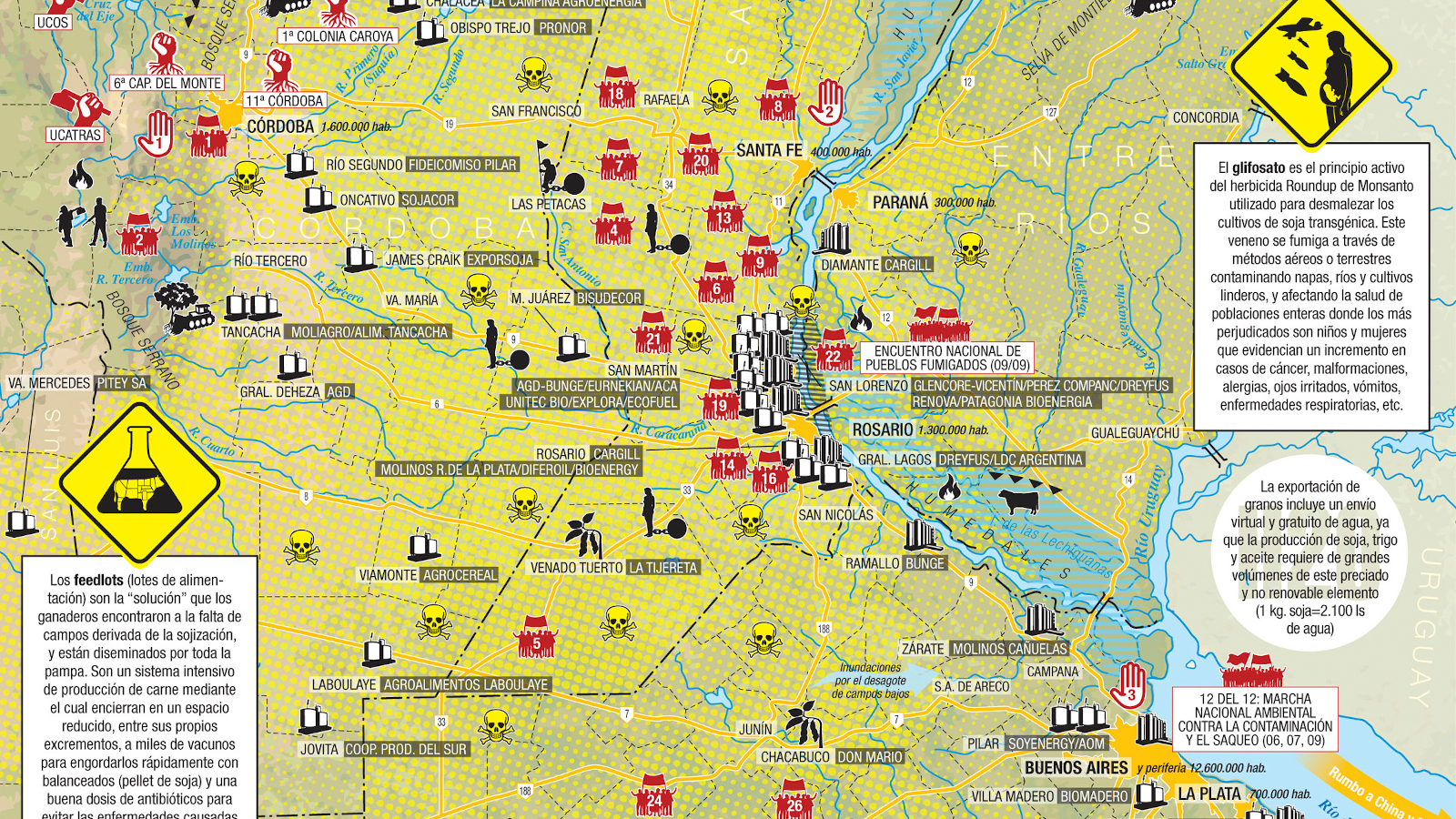 Growing up, there was a globe on my family’s living room table. My brother and I would play “vacation,” spinning the globe and dragging our fingers along the rotating lines of latitude. Wherever our fingers pointed when the globe stopped...

Chapter Reports, Spring 2019
An Incomplete Framework for an Ecosocialist Revolution